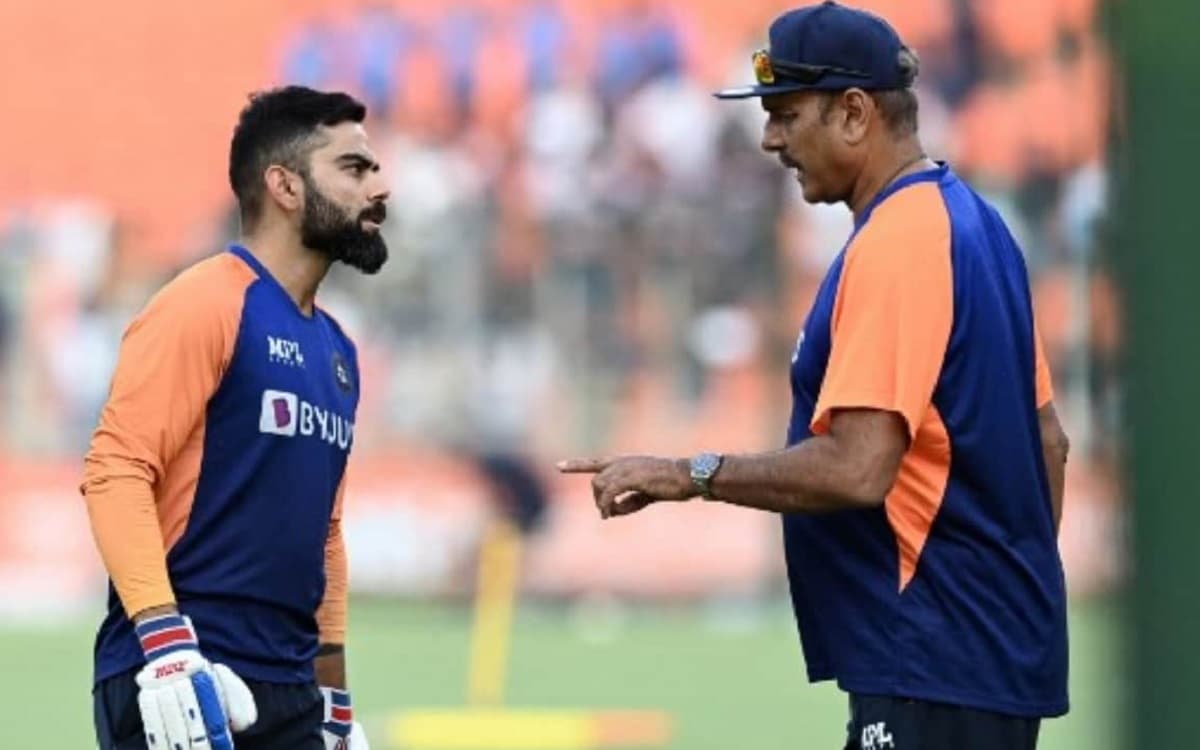 Team India chief coach Ravi Shastri had suggested to Virat Kohli to quit the white ball captaincy altogether   which includes ODIs   and to focus on his batting while continuing to lead the nation in Test cricket, reports said.

According to India Ahead, the suggestion wasn't meant to belittle Kohli but to inspire him to continue as a top batsman in world cricket. But Kohli only opted to relinquish from T20 leadership and ignored Shastri's advice of also leaving the ODI captaincy.

"The talk about Kohli's captaincy started after India won the Australian series without their regular captain. It also indicates that Kohli may have to let go the ODI captaincy at some point before the 2023 if things don't go as planned."

A BCCI official was quoted as saying that, "Shastri had spoken to Kohli around six months ago. But Kohli didn't listen to Shastri. He is still keen to lead India in ODIs and that is why he only decided to let go the T20 captaincy. Even the board was discussing it as to how Kohli could be utilised more as a batsman. That is because he has a lot left as a player even now."