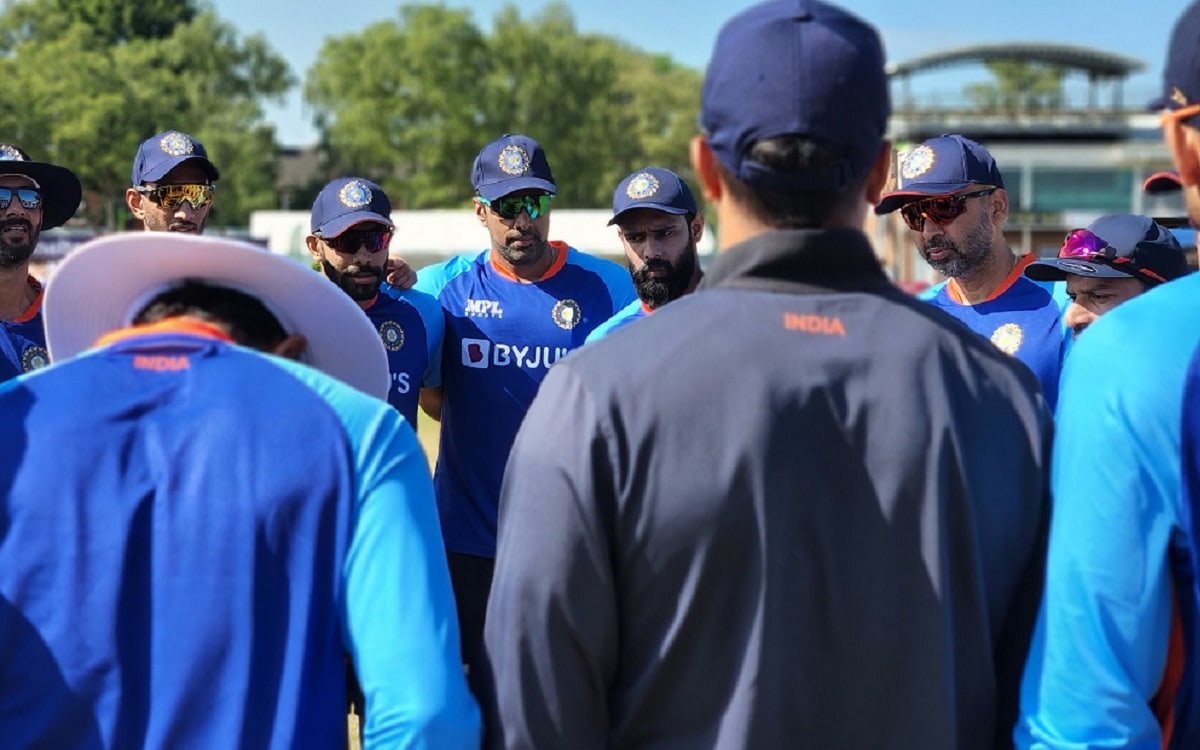 Premier spinner Ravichandran Ashwin, who missed the flight to England after testing positive for Covid-19, on Thursday joined India's Test team here ahead of the much-anticipated rescheduled 5th Test against England to be held in Edgbaston from July 1 to 5.

While there was no formal announcement by BCCI about Ashwin's arrival in England, the pictures shared by the board's official handle on Twitter ahead of Day 1 of the team's practice match against Leicestershire confirmed the development.

In the picture, Ashwin can be seen in the team huddle along with other players at Leicestershire County Club Ground.

Hello and welcome to Day 1 of our practice match against @leicsccc #TeamIndia pic.twitter.com/nUilsYz5fT

The off-spinner had earlier failed to board the flight from Mumbai on June 16 along with other members because of a positive Covid-19 result. Jayant Yadav was kept as a standby but Ashwin recovered from the virus and has now joined the team.

Team India led by Rohit Sharma is currently playing their four-day practice match against Leicestershire. It will be the only warm-up game for the Indian team before the Edgbaston Test against England, which is the postponed fifth game of the series of last year. India lead the series 2-1.