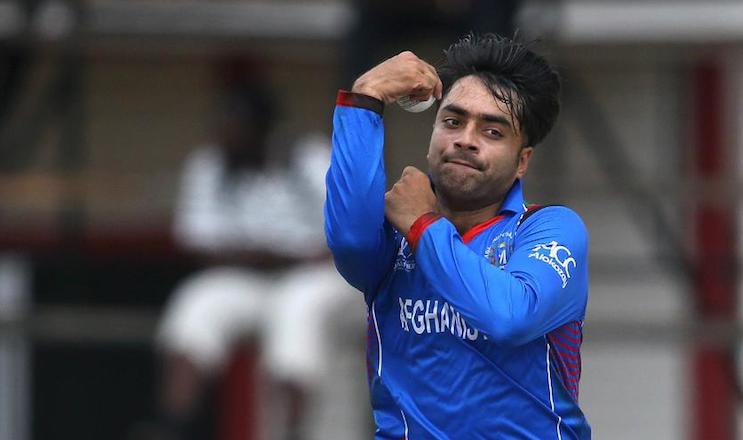 June 4 (CRICKETNMORE) - Rashid Khan stars in Afghanistan's 45 run victory over Bangladesh in the first T20I played in Dehradun in India on Sunday. Rashid finished with figures of 3/13 and played a vital role in the victory.

Rashid joined an elite group of 18 cricketers who have surpassed the mark of 50 T20I wickets. He is the youngest in the list to reach the milestone.

However, the 19-year-old, playing his 31st T20I, became the second fastest among the list to reach the milestone. He stands alongside South Africa's Imran Tahir, behind Ajantha Mendis of Sri Lanka who had picked up his 50T20I wicket in his 26th match.