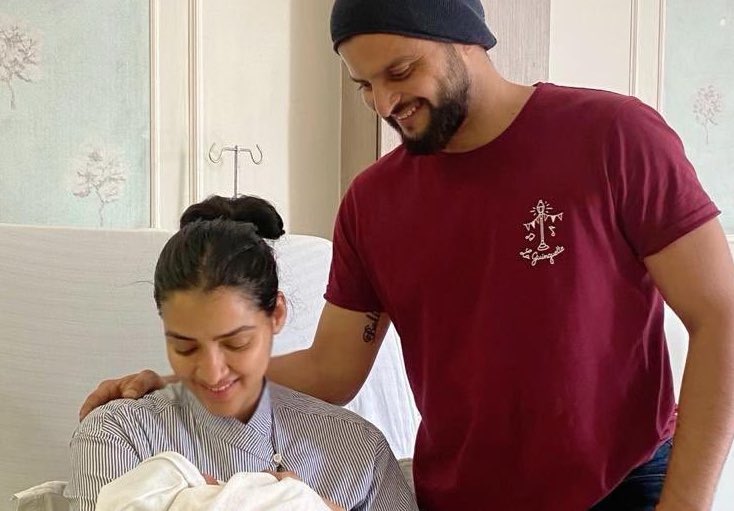 New Delhi, March 24 - India cricketer Suresh Raina and his wife Priyanka on Monday welcomed a new member in their family. The couple became parents for the second time as they were blessed with a baby boy, Rio. And master blaster Sachin Tendulkar took to social media to wish his former teammate.

Taking to Twitter, Tendulkar wrote: "Welcome to the world Baby Rio Raina! Many congratulations to Priyanka & Suresh! God bless him with the best of health."

Raina replied to this and wrote: "Thanks a lot Paji !! Lots of love from Rio and Gracia."

Raina announced the news of his son's birth on Monday on Twitter as he wrote: "The beginning of all things -- wonder, hope, possibilities and a better world! We are proud to welcome our son & Gracia's little brother -- Rio Raina. May he flows beyond boundaries, bringing peace, renewal & prosperity to everyone's life."

The left-handed batsman is the second highest run-getter in the IPL behind India captain Virat Kohli with 5,368 runs in his kitty from 193 matches.