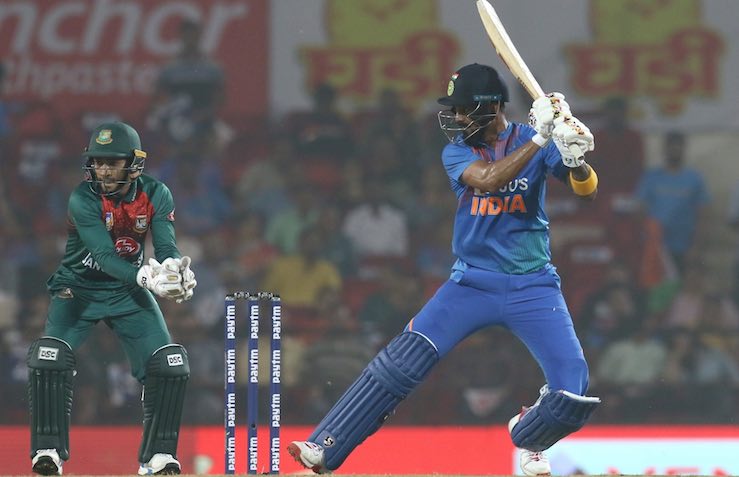 New Delhi, March 23 - Former India batsman Sanjay Manjrekar feels K.L. Rahul is the right choice for the No. 5 spot at the moment in One Day Internationals.

"For the moment he is the right fit. But we must keep looking for a (Suresh) Raina and Yuvi (Yuvraj Singh) kind of batsman when Rahul eventually moves to the top," Manjrekar said in a tweet.

Rahul has been in sublime touch in recent times, batting in the middle order for India in New Zealand and also in the home ODI series before that against Australia.

Manjrekar was responding to questions from fans after he asked them "talk cricket" with him on his twitter handle.

Manjrekar was also quizzed on who he thinks was the right choice for number four and all-rounder's spot in the T20 World Cup. Manjrekar picked Shreyas Iyer and Hardik Pandya respectively.

Manjrekar was recently dropped from the Board of Control of Cricket in India's (BCCI) commentary panel for the now called off India-South Africa ODI series.

He had said that he accepts the board's decision to not include him in its commentary panel.