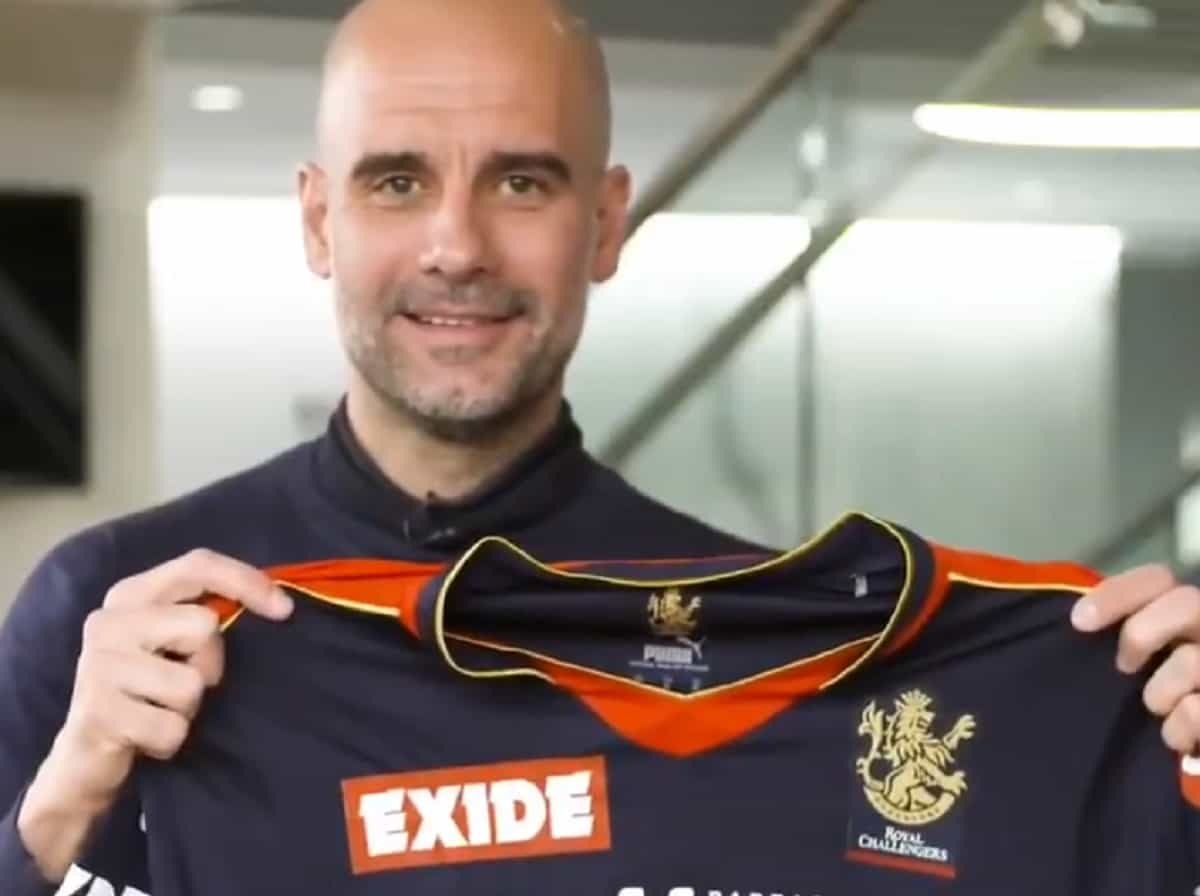 Manchester City manager Pep Guardiola said that it may be time for him to learn the rules of cricket after being sent a Royal Challengers Bangalore (RCB) Jersey by the Indian Premier League (IPL) franchise's captain Virat Kohli.

RCB have got off to a flying start in the IPL, having won their first four matches.

Kohli played an integral role in their latest win with the bat, putting up an unbeaten 181-run opening partnership with Devdutt Padikkal to help them beat Rajasthan Royals by 10 wickets on Thursday. Padikkal scored his maiden century and ended unbeaten on 101 off 52 balls while Kohli was not out on 72 off 47 balls.

Similarly, Guardiola's City have been the dominant team in England's Premier League this season. With five games left to play in the season, City are on 77 points and lead second-placed local rivals Manchester United by 11 points.