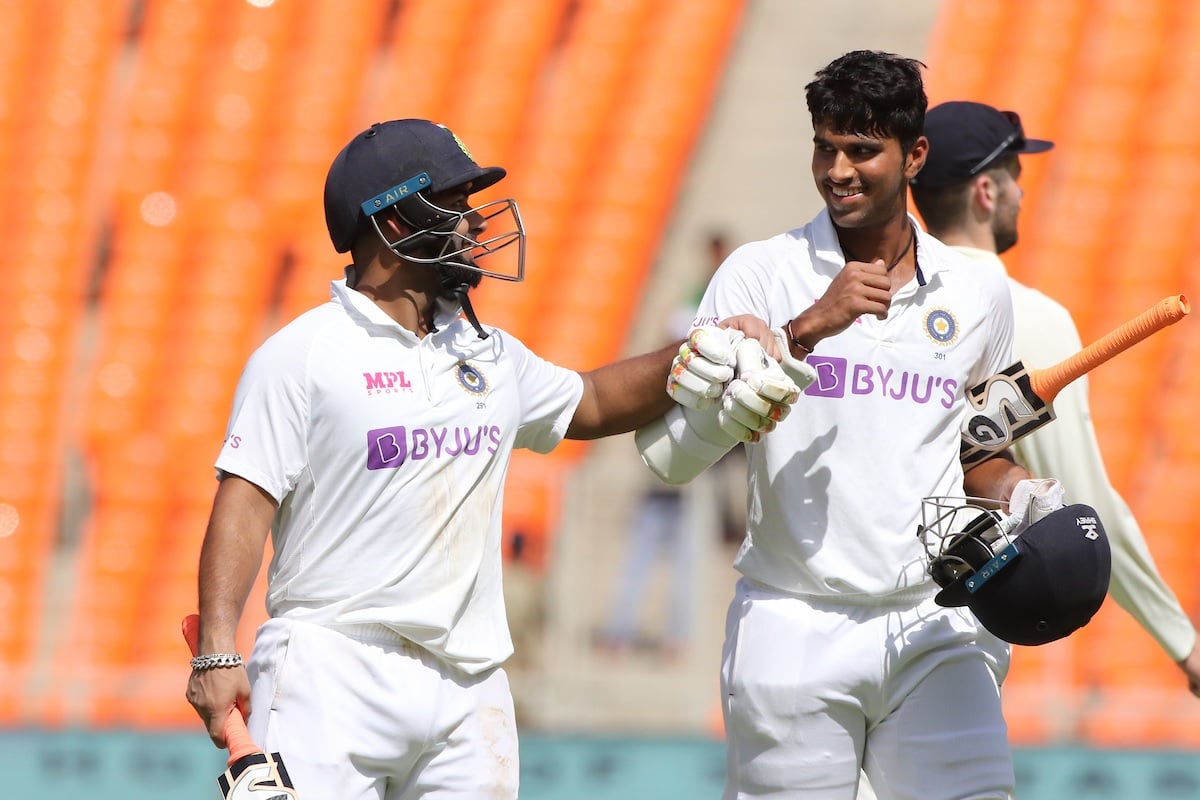 Rishabh Pant's hundred and Washington Sundar's unbeaten 60 helped India build a strong lead of 89 runs over England as they reach 294/7 at the end of day 2.

India resumed day 1 at 24/1 with Rohit Sharma and Cheteshwar Pujara at the crease. Pujara and Virat Kohli got out early in the day as England dominated the morning session with some fierce spells from James Anderson, Ben Stokes, and Jack Leach.

Ajinkya Rahane, who looked to play aggressive, got out after scoring 27.

Rohit Sharma missed a well-deserved half-century as he fell short of just one run. Ben Stokes bowled a sharp inswinging delivery which struck Sharma in front.

After Ashwin's brief stay at the crease, Rishabh Pant and Washington Sundar stitched a 113 run partnership to help India get into a strong position in the game. They attacked, defended brilliantly throughout their partnership.

Pant reached the third century of his Test career with a six over mid-wicket. He soon departed after scoring 101.

Sundar and Axar Patel continued to play their shots against tired English bowlers.