No one can match Pandya's all-round abilities: Sehwag 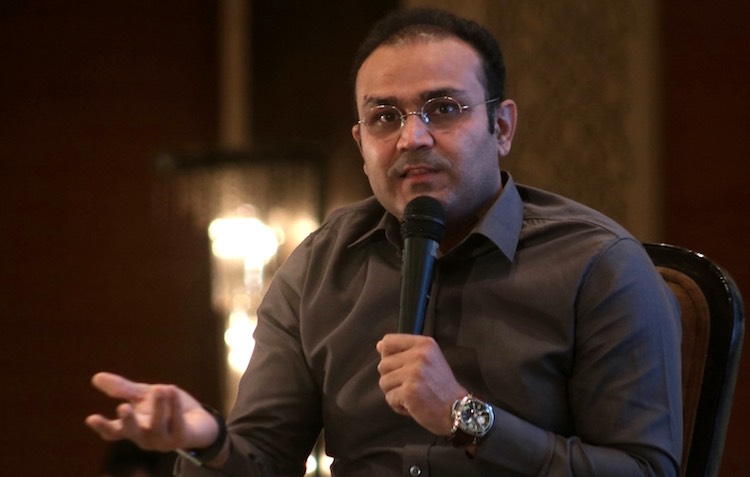 New Delhi, May 16 - Former India opener Virender Sehwag is known to call a spade a spade and he believes that there is no all-rounder in the Indian team who is as good as Hardik Pandya.

"There is no one even close to Hardik Pandya's talent with both bat and ball. If there was someone even closer to him -- the three-dimensional players picked by BCCI -- Pandya would not have made it back into the team," Sehwag told Cricbuzz.

Pandya will be expected to play a crucial role if India are to stay true to the favourite tag and win the 2019 World Cup in England and Wales.

The Mumbai Indians player was in full flow in the recently concluded 12th edition of the Indian Premier League, scoring 402 runs in 15 innings in the tournament at an astonishing strike rate of 191.42.

"I played well this season, but now time to move on. I want to lift that World Cup trophy as well," Hardik had said after Mumbai Indians beat CSK by 1 run to lift their fourth trophy.

A testimony to his all-round ability was the fact that Pandya had won a man of the match for his bowling performance in MI's final group game of the season against the Kolkata Knight Riders.

Pandya's 2/20 in three overs helped secure a convincing nine-wicket win for MI and knocked out KKR from the top four contention. "For sure, getting a 'Man of the Match' for my bowling is really pleasing. To be honest as a batsman, there is nothing better than hitting a ball. People don't expect a lot from my bowling, neither do I, but it feels nice," he said in the post-match presentation ceremony.