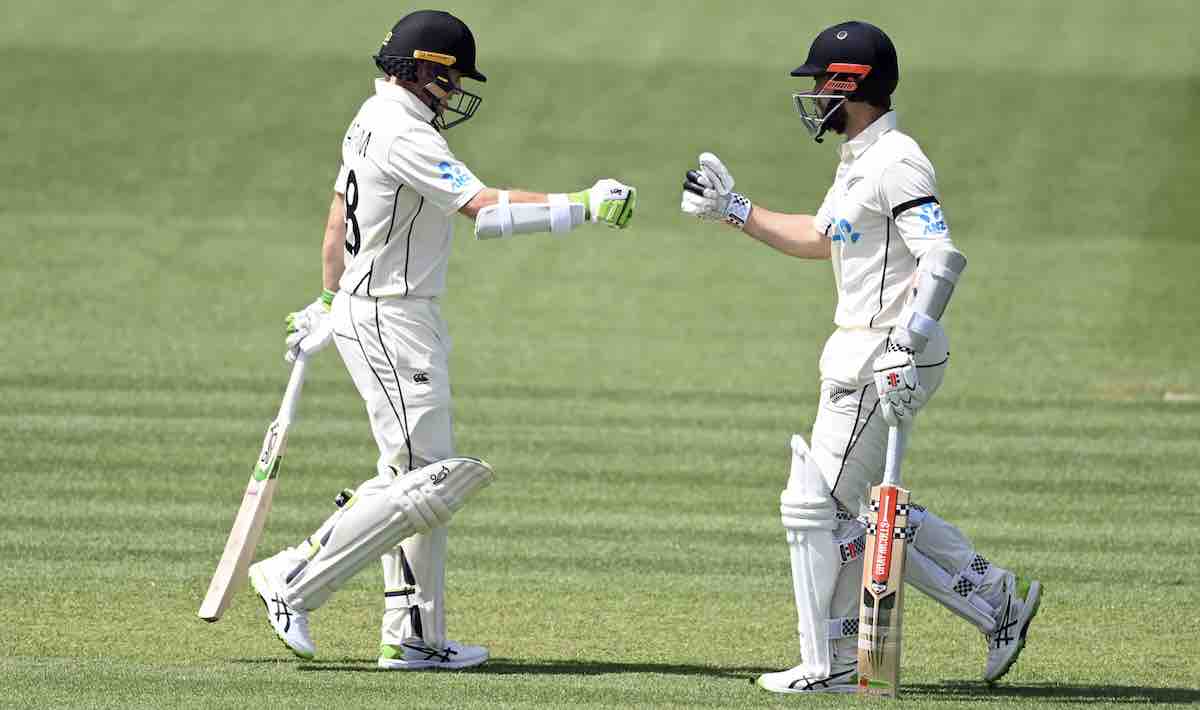 Tom Latham and Kane Williamson guided New Zealand to 99 for one at tea after a rain-delayed start to the first Test Thursday on a wicket that promised much but delivered little for the West Indies.

The pair were untroubled in a 85-run stand following the early dismissal of debutant Will Young in Hamilton.

Following the two-hour weather hold-up, which has reduced the day to 85 overs, West Indies skipper Jason Holder won the toss and elected to bowl.

The wicket was lush green, barely distinguishable from the outfield, and both teams were stacked with pace bowlers.

But when Kemar Roach and Shannon Gabriel opened up with the new ball it was quickly evident the venom and swing that the conditions had appeared to offer were not there.

Gabriel did snare the wicket of Young, who had waited 21 months to make his debut and then only lasted 11 balls.

The 28-year-old opener was first selected for New Zealand to face Bangladesh in Christchurch last year before the Test was cancelled because of a gun attack on two mosques in the city.

When finally given his chance against the West Indies, Young had one life when wicketkeeper Shane Dowrich misread an edge and it went to the boundary for four.

But Gabriel's next ball trapped him plumb in front.

Latham, who offered one chance in the penultimate over of an extended session, was not out 45 at tea with Kane Williamson on 39.

Both teams are wearing black arm bands -- the West Indies in memory of Roach's father who recently passed away and New Zealand for former selector Ross Dykes who died on Monday.