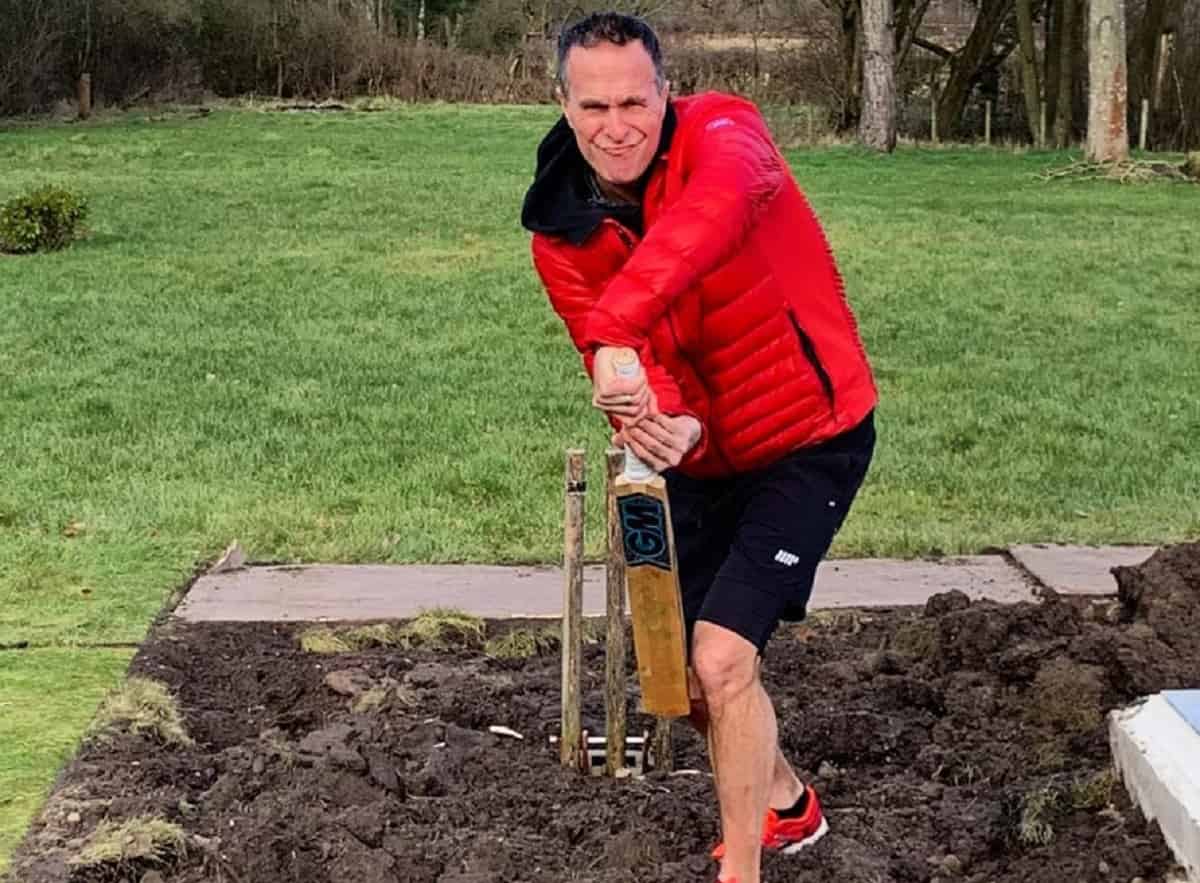 Former England captain Michael Vaughan took another veiled dig at the spin-friendly conditions on offer during England's Test series against India. Vaughan posted an image of himself batting on a piece of land that has been dug up.

"Preparations going well for the 4th Test," Vaughan said in his caption to the image.

He had earlier taken a swipe at the conditions by tweeting a picture of a stadium in Gwadar, Pakistan. "Now this is stunning... looks a lovely prepared pitch as well ... #Pakistan," said Vaughan in his caption of an image of the stadium.

Vaughan has been a vocal critic of the pitches that were dished out for the second and third matches of the four-Test series in Chennai and Motera respectively. He had got into a debate with Australian spin great Shane Warne during the second Test about the conditions and was also critical of the pitch that was rolled out at the Narendra Modi Stadium in Ahmedabad, where the third Test ended in two days with India winning by 10 wickets.

The result helped India take a 2-1 lead in the series and thus England's chances of qualifying for the World Test Championship final which will be held at the Lord's Cricket Ground in London in June. India now need to avoid defeat in the fourth Test to qualify for the final.