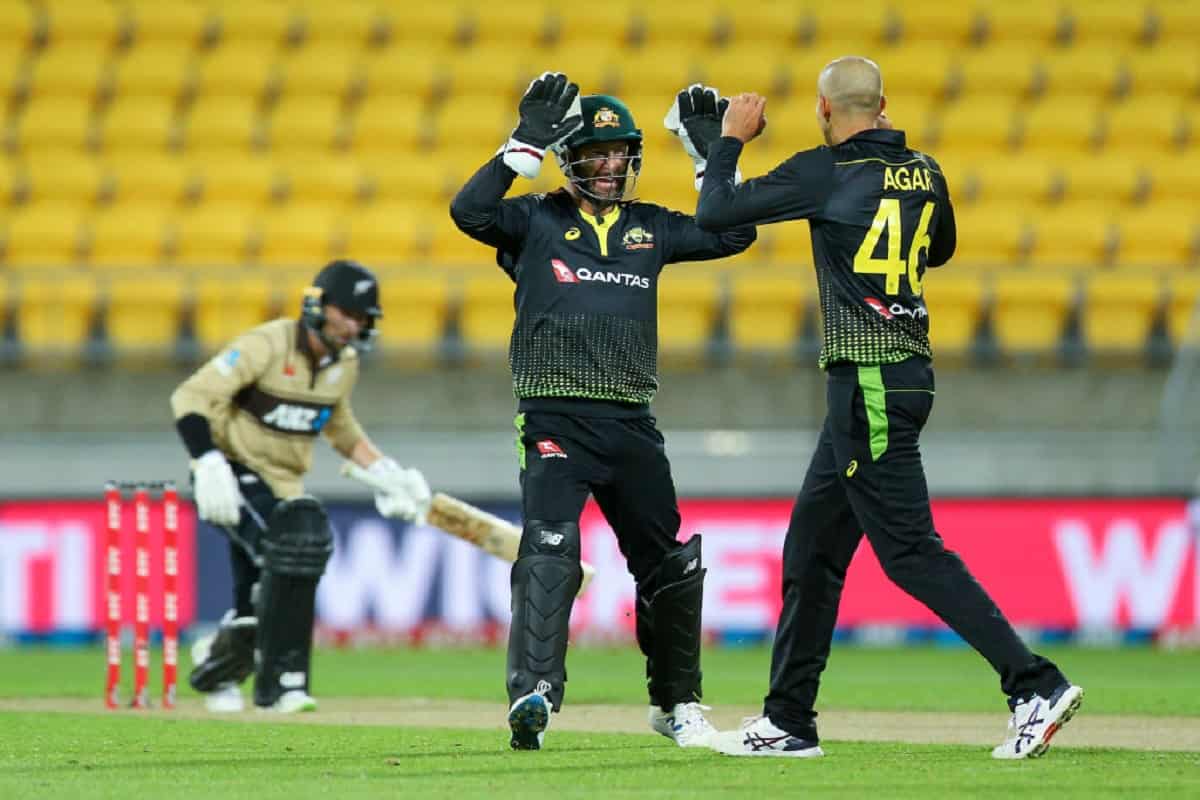 Glenn Maxwell's 70 and Ashton Agar's five-wicket haul helped Australia bounce back in the series as they crush New Zealand by 64 runs in the 3rd T20I on Wednesday.

New Zealand's record chase of 209 was halted by Agar, who finished with the figures of 6/30 and became the sixth bowler to take two five-wicket hauls in men's T20I.  Kiwis were eventually bundled out for 144.

Earlier, Aaron Finch found form with the bat as he scored 69 off 44 to give his team a good start along with Josh Philippe, who got 43 from 27 balls. However, the fireworks started as soon as Glenn Maxwell came to the crease.

Maxwell smacked 70 off just 31 balls with the help of five sixes and eight fours. He hit James Neesham for 28 runs in an over. Neesham ended up with figures of /60 in his four overs.