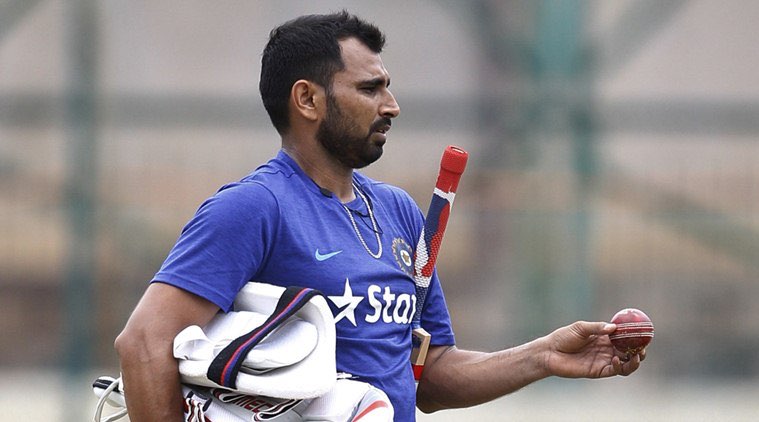 Kolkata, March 14 - The Kolkata Police have filed a formal charge-sheet in the case of domestic violence and sexual harassment against Indian pacer Mohammed Shami.

The formal charges, filed in an Alipore court, comes around a year after Shami's wife Hasin Jahan filed a police complaint levelling multiple allegations against the cricketer and his family.

"I have been told that police have submitted the charge-sheet mentioning IPC sections 498A (domestic violence) and 354A (sexual harassment)," Jahan told the media.

Jahan's lawyer Zakir Hussain informed that the police appeared to have filed charges under two counts.

Shami's lawyer Salim Rahaman said they will respond soon, adding that the police had dropped three of the main allegations, including of rape by Shami's elder brother rape, attempt to murder and physical assault.

"The only two sections slapped against my client are that of domestic violence and sexual abuse. Let summons be issued against us and we will also respond accordingly," Rahaman said.