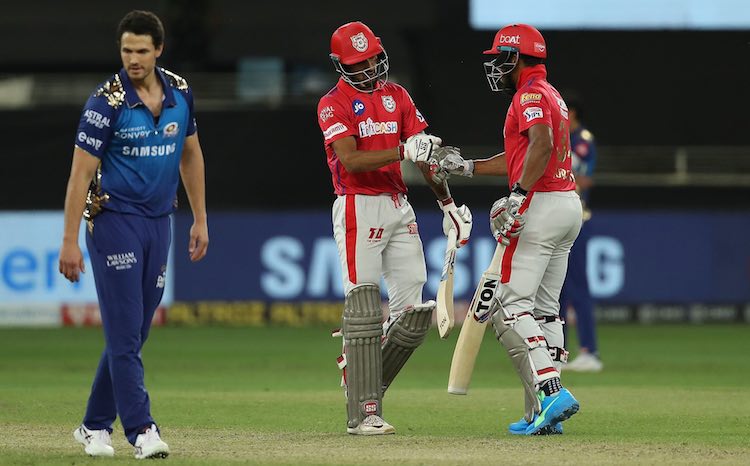 Dubai, Oct 19- It took two Super Over deciders, in addition to the 40 overs that were played already, to decide who was the 'king' of Sunday evening. Quite aptly, Kings XI Punjab (KXIP) kept their nerve to edge out Mumbai Indians (MI) in an edge-of-the-seat IPL thriller here.

KXIP managed to stop MI from chasing down a target of six in the first Super Over and in the second Super Over Chris Gayle and Mayank Agarwal scored the required 12 runs to take them to a win at the Dubai International Stadium.

Agarwal also played a crucial role in ensuring that MI only scored 11 runs in their second Super Over and not 15 when he leapt back to catch the ball while being air-borne at long on boundary line and threw it back in to deny Kieron Pollard a six.

Earlier, chasing a target of 177, the equation came down to KXIP needing nine to win off the last over. MI's Trent Boult, however, made sure that the task turned out to be difficult for them despite Chris Jordan hitting a four off the second ball.

With the situation coming down to them needing two off the last ball, Jordan failed to make it back for his second due to a bizarre semi-circle he ran at the non-striker's end, leaving him more than a pitch away from the wicket by the time he made his way back.

KXIP ended their innings on 176/6 wickets, which was also MI's score at the end of their 20 overs.