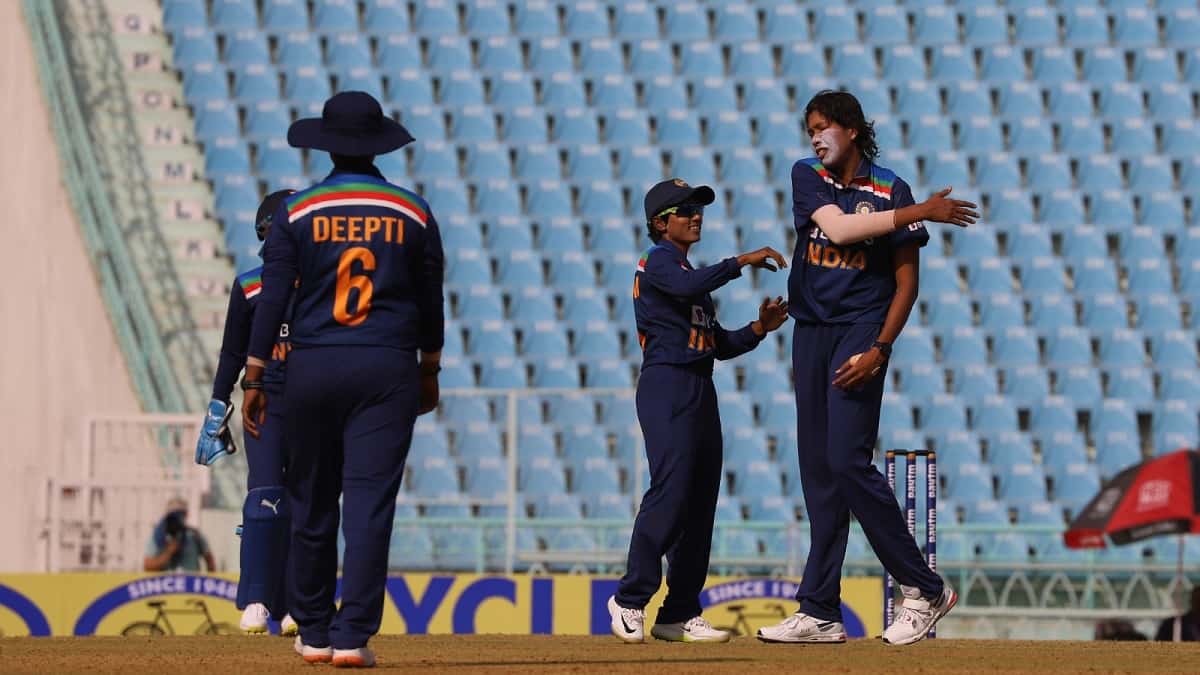 South Africa captain Sune Luus (36) and Lara Goodall (49) put up 60 runs for the third wicket but the visitors could hardly get any partnerships going after that.

Jhulan dismissed South Africa opener, Lizelle Lee, in the first over of the match after which Mansi Joshi got the second in the sixth over.

Mansi then broke the partnership between Luus and Goodall by dismissing the latter in the 21st over. Rajeshwari Gayakwad and Jhulan then took over, finishing the innings with three more wickets each.

Rajeshwari ended the innings with figures of 3/37 while Jhulan was on 4/42. Harmanpreet Kaur bowled just one over, which turned out to be a maiden-wicket over as she dismissed Goodall in the 34th over.