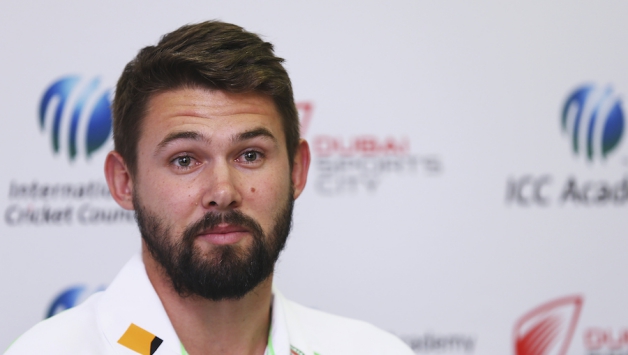 Bengaluru, Feb 27 - Australia paceman Kane Richardson has been ruled out of the ongoing tour of India due to a side injury. He will be replaced by Andrew Tye, Cricket Australia (CA) said in a statement.

Richardson sustained the injury while batting in the nets in Hyderabad last week, ahead of the first T20 international in Vizag. The 28-year-old trained here on Tuesday but after bowling a handful of balls left the practice nets.

"Kane reported some left side pain at training prior to the opening T20I in Vizag," Australia team physio David Beakley said in the statement.

"Unfortunately, he has not recovered well enough to play further in the tour. Kane will return home to continue his rehabilitation, and we (will) monitor his progress over the coming weeks," he said.

It leaves the visitors with only four fit fast bowlers for the final T20I here on Wednesday, where a win will seal a series win for them.

Australia have never won a T20 series against India, at home or abroad, and will be desperate to build on the momentum from the thrilling final-ball three-wicket win on Sunday.