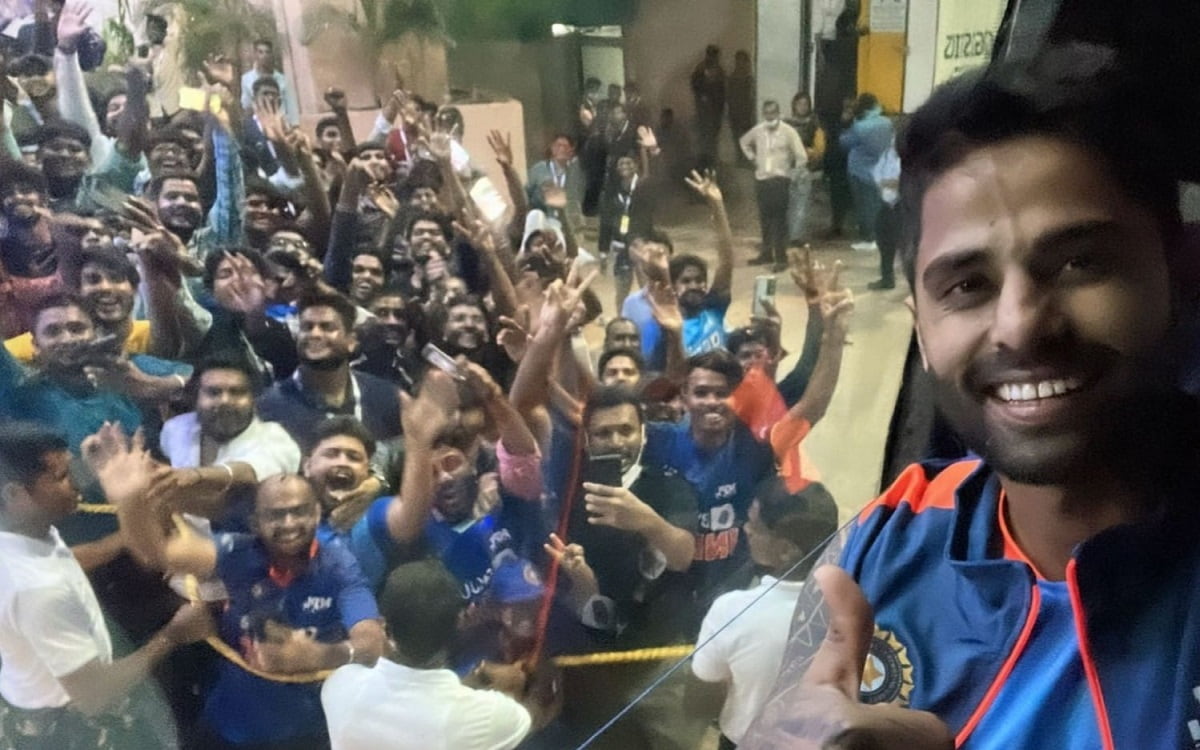 After winning the T20I series against Australia in Hyderabad, Team India have arrived in Thiruvananthapuram on Monday to kick off their limited-overs tour vs South Africa.

The Indian Cricket team got a rousing welcome from the hundreds of fans who were waiting outside of Thiruvananthapuram airport.

The India team will play 3 T20Is which will be their last assignment before the T20 World Cup. Rohit Sharma has a full-strength squad at his disposal with only Hardik Pandya and Bhuvneshwar Kumar rested.

The first match against South Africa will take place at the Greenfield Stadium on October 28. The Men in Blue are likely to have an off day on Monday, before hitting the nets a day before the clash. Fans flocked the streets as Rohit Sharma and Co made it from the airport to the stadium. Many chanted Sanju Samson's name, the local hero, after he was omitted from the T20 World Cup squad.

The Kerala cricket association is hopeful that it's going to be a capacity crowd match as by now 75 per cent of the tickets have been sold out, despite the lowest priced ticket costing Rs 1,500.