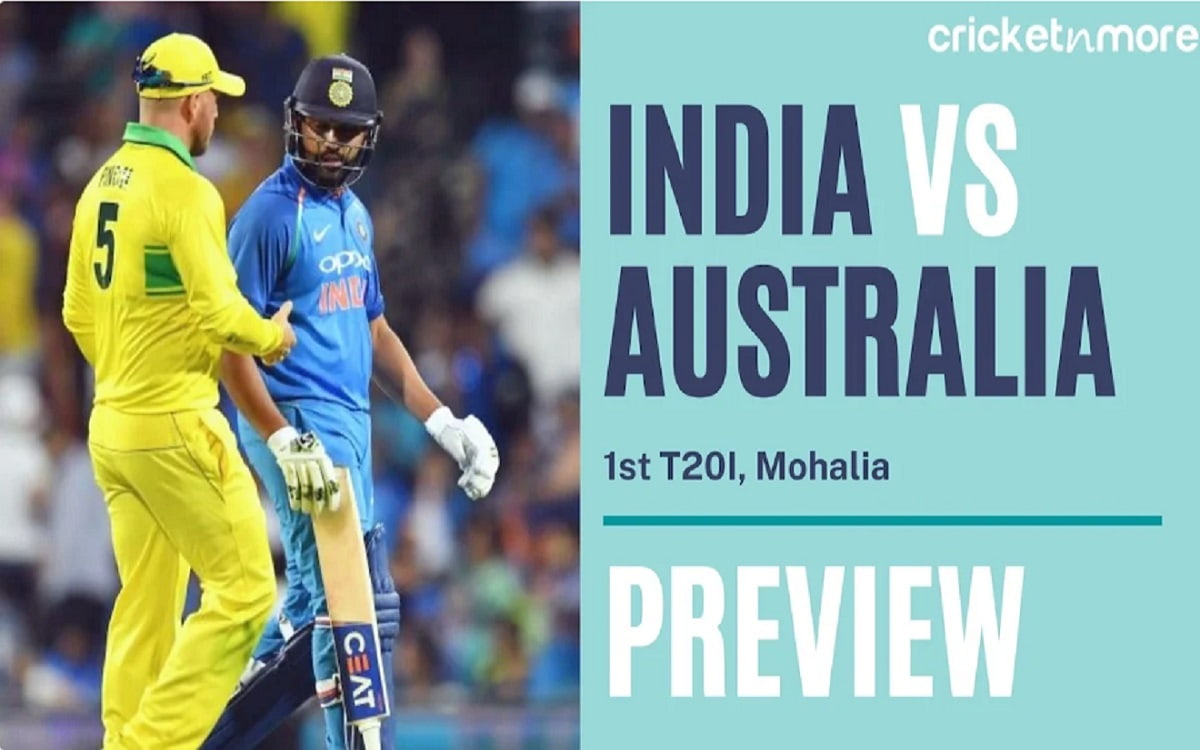 India and Australia will face off in the 1st T20I on Tuesday, September 20th in Mohali as both teams eye preparation for the upcoming T20 World Cup 2022.

Team India are set to take on the current T20 World Champions at home in a 3-match T20I series as both teams would eye preparations for the upcoming T20 World Cup. In 2022 till now, Suryakumar Yadav has been the top scorer for team India in the T20Is with 567 runs in 17 innings at a marvellous strike rate of 182.31.

Virat Kohli found form in team India's last match in the Asia Cup as the batting stalwart smacked 122 runs at a strike rate of 200, bringing up his much-awaited 71st international ton. However, Shreyas Iyer and Ishan, the second and third highest run scorer in T20Is for India this year, haven't been included in the team. Openers Rohit Sharma and KL Rahul would also need to score big soon to be all set for the T20 World Cup.

Bhuvneshwar Kumar has been the top wicket-taker for India this year, grabbing 31 wickets in 21 innings at an economy of 6.63. Umesh Yadav is making his return to team India after three years in place of Mohammad Shami, who was ruled out due to Covid prior to the series. Jasprit Bumrah and Harshal Patel are returning from an injury and India would be hoping to solidify their bowling attack.

For the current World T20 Champions Australia, captain Aaron Finch has been the top scorer this year in T20Is for his team with 247 runs in 9 matches. None of the other players have managed to cross the 200-run mark in T20Is this year. However, the batting prowess of Steven Smith and swashbuckling batters Glenn Maxwell, Tim David, Josh Inglis and Matthew Wade would present a strong challenge against the home team.

Koo App
It’s time for the first showdown between the T20I World no. 1 & T20I World Champions! The hosts or the visitors - who will register a win in the 1st Mastercard #INDvAUS T20I? #BelieveInBlue #TeamIndia
View attached media content
- Star Sports India (@StarSportsIndia) 20 Sep 2022