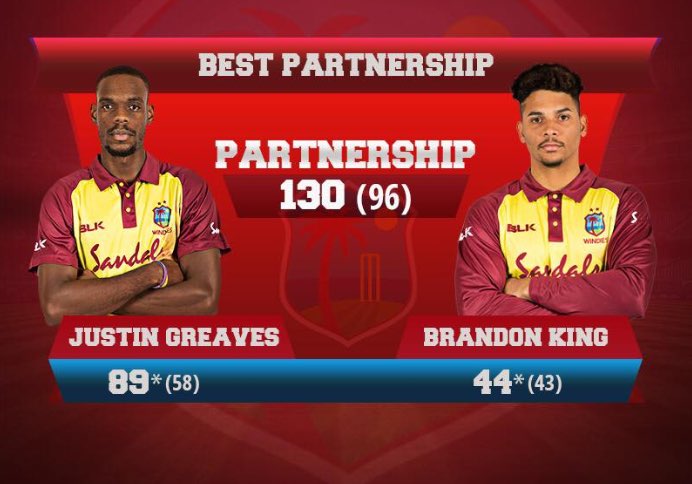 July 6 (CRICKETNMORE) - Justin Greaves with an unbeaten 89 runs lead West Indies B team to its third straight win on Thursday when they beat Winnipeg Hawks by 9 wickets in the 10th match of Global T20 Canada League.

Brandon King was the other batsman who stuck around with 44 not out; while, Obed McCoy added three more wickets to his tally with figures of 4-39-3. Greaves received the red cap for his man of the match performance; while Derval Green received a grey cap for being the most economical with one wicket for 9 runs