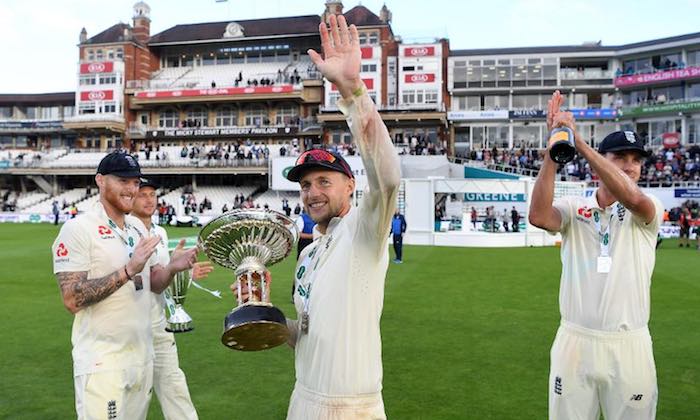 Sept.12 (CRICKETNMORE) - England have overtaken New Zealand to grab fourth position in the latest ICC Test Team Rankings after completing a 4-1 series victory over India at The Oval on Tuesday.

The victory over top-ranked India has resulted in a big gain of eight points and lifted them to 105 points.

England move up to fourth position after 4-1 series win pic.twitter.com/FMyQaLWbdO