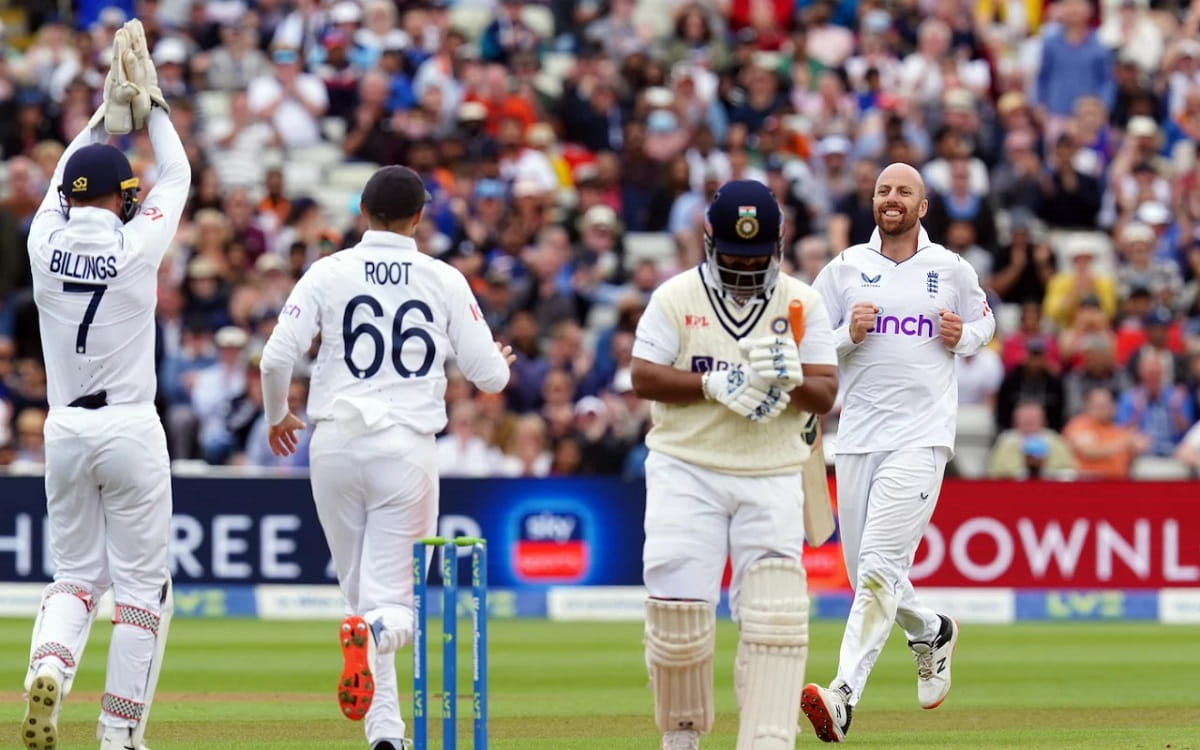 ENG vs IND - England bowlers displayed exceptional performance in the first session on day 4, picking up 4 wickets for 104 runs. India are at 229/7 at Lunch, with a lead of 361 runs.

For England, Stuart Broad picked up the first wicket in the form of Cheteshwar Pujara. Matty Potts dismissed Shreyas Iyer (19) with another bouncer while Jack Leach had the final say against southpaw Rishabh Pant. Matty Potts then went on to dismiss Shardul Thakur.

Earlier, England captain Ben Stokes won the toss & opted to bowl first against India in the final test match. This match is being played at Edgbaston, Birmingham.