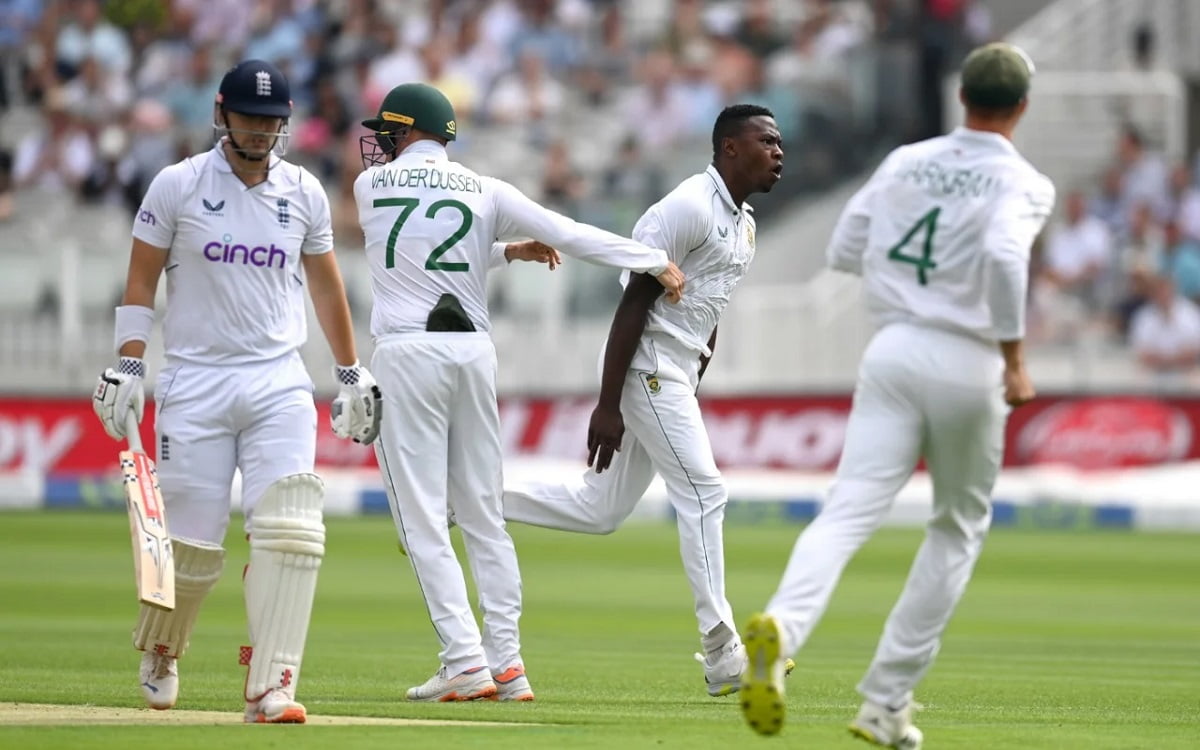 ENG vs SA: Kagiso Rabada picked up a fiery 5-fer as South Africa bowled out England on 165 in the first innings on Day 2.

Apart from Rabada, Anrich Nortje picked up 3 wickets while Marco Jansen managed 2 wickets. For England, Ollie Pope was the top scorer with 73 runs which included 5 fours.

Earlier, South Africa captain Dean Elgar won the toss & opted to bat first against England in the first test. This match is being played at Lord's, London.