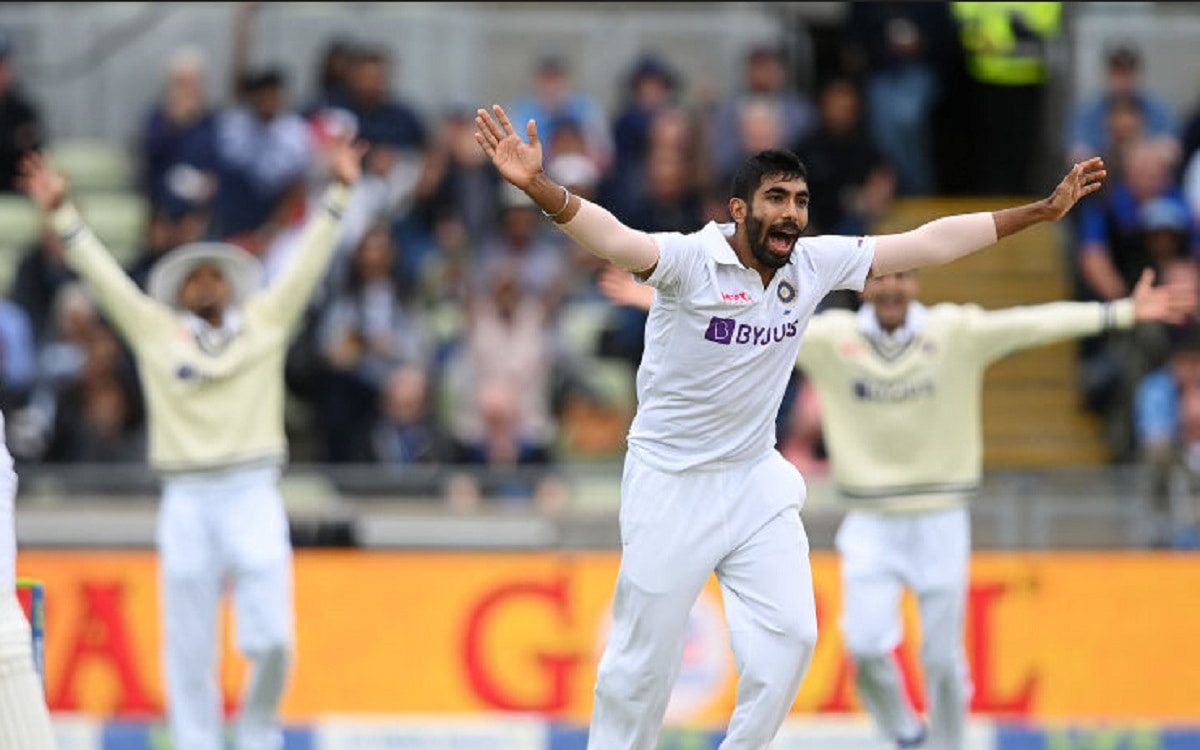 ENG vs IND - After fireworks from the Indian middle order and captain Jasprit Bumrah, the Indian skipper went on to dismiss the England opener to provide the first wicket before rain stopped play on Day 2 and Lunch was taken.

After putting a total of 416, Bumrah opened the bowling and bowled Alex Lees in his second over to provide the opening wicket.

After Pant's 146 yesterday, Ravindra Jadeja brought up his 3rd international test century and scored 104 runs before getting dismissed by James Anderson with the new ball.

Jasprit Bumrah, the stand-in Indian captain, smacked an unbeaten 31 runs off 16 deliveries with 4 fours & 2 sixes. The bowler smacked Stuart Broad for 35 runs in an over which is the most expensive over in test cricket history.

Earlier, England captain Ben Stokes won the toss & opted to bowl first against India in the final test. This match is being played at Edgbaston, Birmingham.