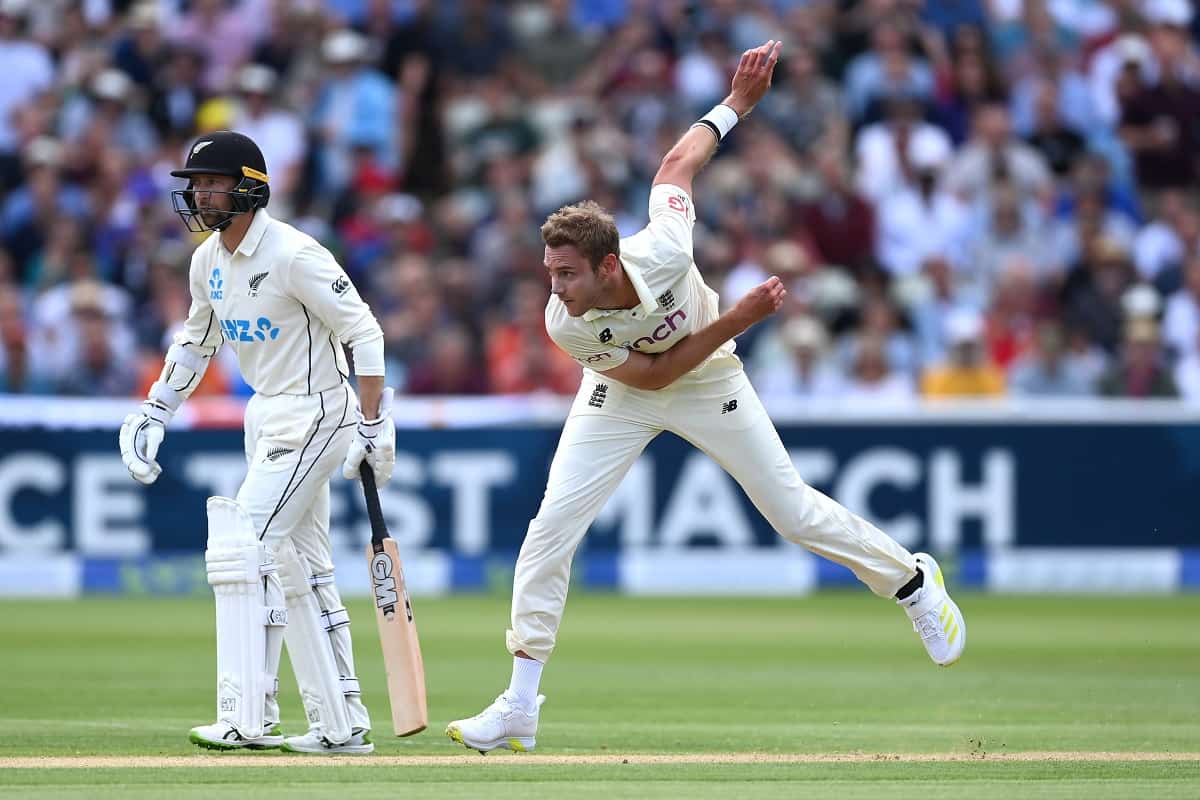 New Zealand scored 43/1 at Lunch after bowling England out for 303 earlier in the morning session of the 2nd Test here in Edgbaston.

Trent Boult wrapped up the English innings and ended up taking four wickets as England could only manage to add 45 runs to its overnight score before losing the remaining three wickets.

New Zealand, in reply, lost captain Tom Latham early in the innings as Stuart Broad breathed fire with the new ball. Broad was on the verge of taking another wicket when he drew an edge off Devon Conway's bat to slips but inconclusive evidence suggested it was not out.

Conway and Will Young survived till the lunch was called.