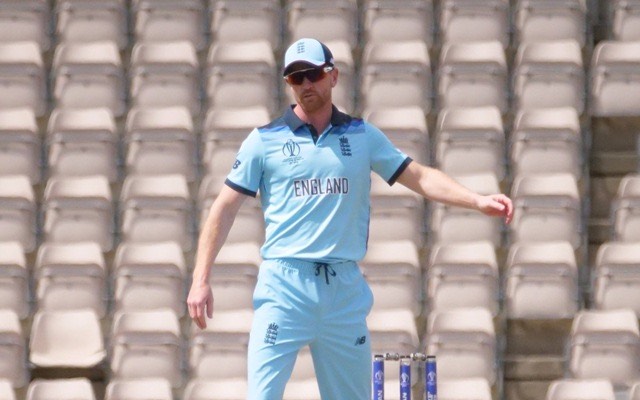 Wood, who took the wicket of Australian skipper Aaron Finch, pulled up short in his fourth over after experiencing pain during run-up. Archer, who was rested for the game, replaced Wood.

However, Archer too appeared to have taken a knock while fielding in the deep. He was replaced by Test captain Joe Root, who was rested following the death of his grandfather.

The England and Wales Cricket Board later said in a statement that Wood had experienced discomfort on his left foot and will spend some time with the medical team "before a decision is made on whether he will return to the match." Wood has a lengthy history of ankle problems.

The hosts are already dealing with injuries to captain Eoin Morgan and spinner Adil Rashid. While Morgan suffered a small fracture on his left index finger during practice on Friday, Rashid is managing an issue with his shoulder.

England are favourites to win the World Cup starting May 29, but the recent spate of injuries has stretched their resources and this was made evident when Paul Collingwood, who had retired from competitive cricket last season and turns 43 on Sunday, took the field as a replacement fielder.