Chance for West Indies move up in ICC Test Rankings 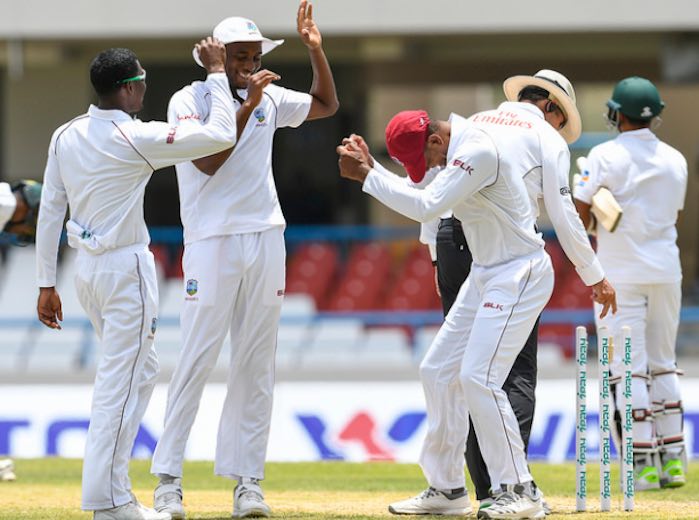 July 7 (RICKETNMORE) - West Indies beat Bangladesh by an innings and 219 runs in the first test at Antigua to go 1-0 in two test match series. Eighth-ranked Bangladesh now need to win the second Test in Kingston to remain ahead of the Windies in the ICC Test Team Rankings.

Starting the series on 75 points, three ahead of the opposition, Bangladesh will retain the gap with a drawn series but even a 1-0 series loss will see the West Indies move ahead of the Asian side.