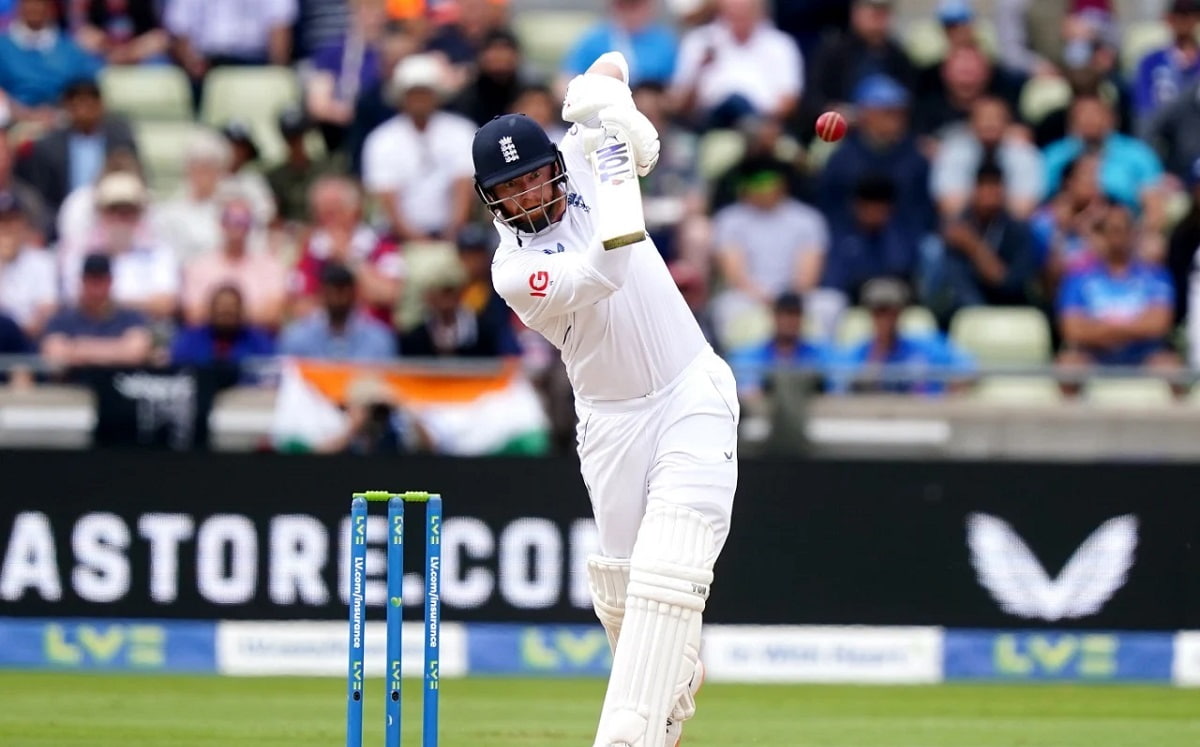 ENG vs IND: Jonny Bairstow continued his impressive run from the series against Kiwis and scored 91*to help England's fightback against India on day 3.

Bairstow etched a partnership of 66 runs for the sixth wicket with captain Ben Stokes after England were 83/5. Stokes was dismissed courtesy of a brilliant catch by Jasprit Bumrah as the England total read 149/6.

Ben Stokes scored 25 runs with 4 boundaries while Jonny Bairstow is still at the crease, batting at 91* with 12 four and 2 sixes. Sam Billings (7*) has also looked solid during his 17 ball stay.

Earlier, England captain Ben Stokes won the toss & opted to bowl first in the final test, after which team India scored 416 runs with centuries from Rishabh Pant & Ravindra Jadeja. This match is being played at Edgbaston, Birmingham.