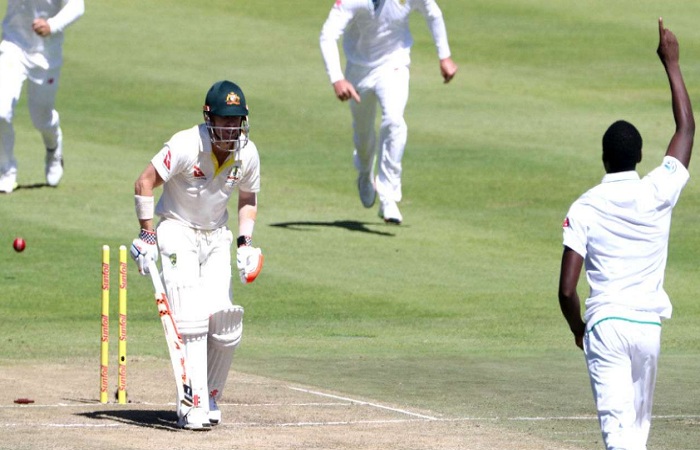 March 24 (CRICKETNMORE) - David Warner was seen exchanging verbal spats with a spectator after he was dismissed by Kagiso Rabada on the second day of the third Test against South Africa in Cape Town.

Warner smashed 22 runs off the five balls of Kagiso Rabada, but in the end the South African spearhead had his revenge, sending Warner's off stump cartwheeling more than 10 metres away after beating him for pace between bat and pad.

The trajectory of David Warner's off stump in slow motion is one of the most beautiful, hypnotic things I have ever seen in my life. #SAvAUS pic.twitter.com/vnOy3Tjlo0