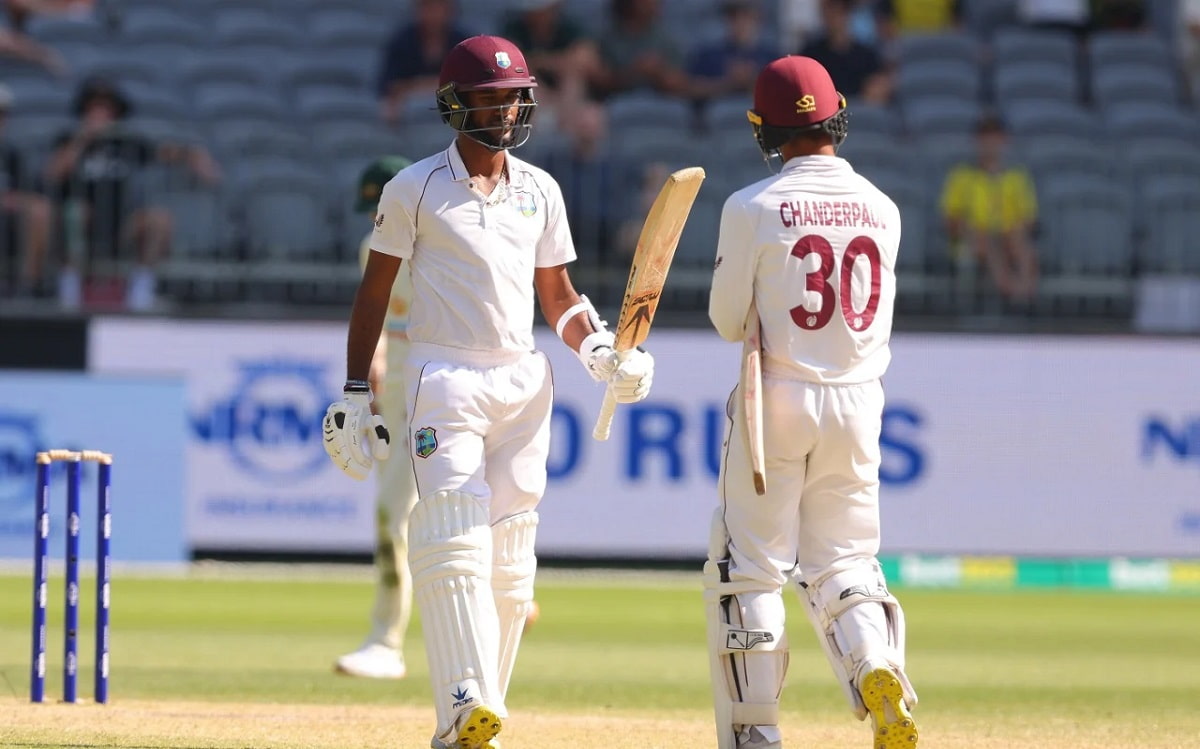 AUS vs WI: Courtesy of captain Kraigg Brathwiate's maiden test on, West Indies scored 192/3 at Stumps on Day 4, requiring another 306 runs to complete a mammoth run chase in the 1st test against Australia.

After Marnus Labuchasgne's ton in the 2nd innings, Australia declared on 182/2 with a lead of 497 runs. Openers Kraigg Brathwaite and Tagenarine Chanderpaul added 116 runs for the 1st wicket. Chanderpaul scored 45 runs after scoring a half-century in the 1st innings.

Shamarh Brooks stayed at the crease for mere 20 balls, scoring 11 runs while Jermaine Blackwood scored 24 runs before an excellent catch by Marnus Labuschagne ended his batting quota of the match. At stumps on day 4, Brathwaite (101*) and Kyle Mayers (0*) were at the crease for visitors.

For Australia, Nathan Lyon grabbed 2 wickets while pacer Mitchell Starc managed 1 wicket. In the first innings, Marnus Labuschagne and Steve Smith smacked a double ton each while Travis Head (99) and Usman Khawaja (65) contributed with fifties as Australia declared on 598/4.

In reply, West Indies were bowled out for 283/10 with fifties from openers Brathwaite (64) and Chanderpaul (51). Mitchell Starc & Pat Cummins grabbed three wickets each while Nathan Lyon picked up 2 wickets. Josh Hazlewood and Cameron Green managed 1 wicket each.

Earlier, Australia captain Pat Cummins won the toss & opted to bat first against West Indies in the 1st test. This match is being played at Perth Stadium, Perth.