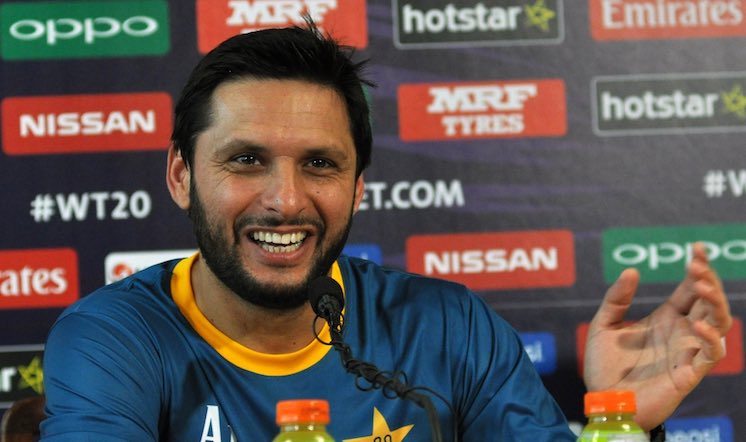 Karachi, Oct 3 - Former Pakistan skipper Shahid Afridi has backed Babar Azam to score the next double century in one day internationals for the team.

"I say to Babar Azam I want you to play long innings and you are not just a 50 runs type player, rather you are capable of scoring 100, 150 or 200," Afridi said in a video uploaded on his YouTube channel.

"You are the backbone of the team and a consistent performer for Pakistan," he added.

The only Pakistan player to have scored a double hundred is Fakhar Zaman.

Azam, the newly appointed vice-captain, on Monday went past India captain Virat Kohli to become the third fastest to 11 ODI hundreds after slamming 115 in the second ODI against Sri Lanka here.

Azam reached his 11th ODI hundred in his 71st innings while Kohli took 82 innings to get there.

South Africa's Hashim Amla is the quickest to 11 ODI tons, racing there in 64 innings. Another South Africa cricketer, Quinton de Kock, is second in the list, taking 65 innings to reach the milestone.

Only six players have breached the 200-run mark in the 50-over format.