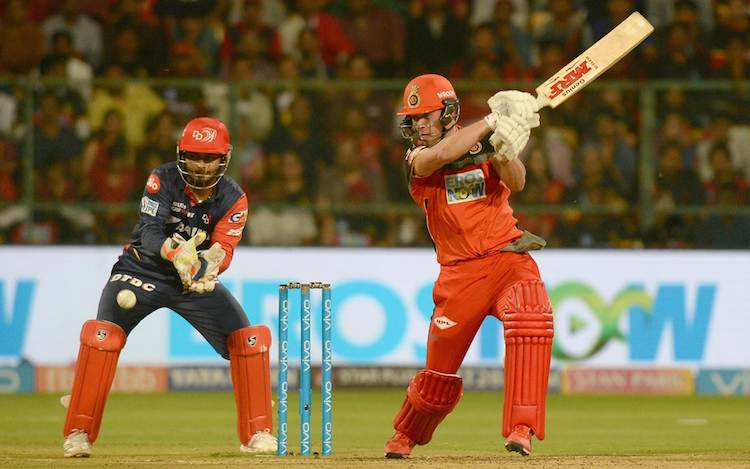 Bengaluru, April 22 - A.B. de Villiers blasted 90 not out as Royal Challengers Bangalore (RCB) defeated Delhi Daredevils (DD) by six wickets here on Saturday to end their two-match losing streak in the Indian Premier League (IPL). He was awarded as Man of the Match (MOM) award for his match winning knock. This was his first MOM of IPL 2018

During the presentation ceremony, deVilliers said, "It's one of those nights when you see the ball well. The last two innings I wasn't hitting it too well, but today I felt it coming off the middle, watched it nice and early, bought myself that extra split second to make decisions and that's when I need to cash in. When you do get on top of the bowler, you have to take him down."

"This is the best crowd in the world; I love playing here. They keep backing us every game but I must say, whenever you get into that zone that crowd is only a buzz. And most of it today was a buzz," he added.