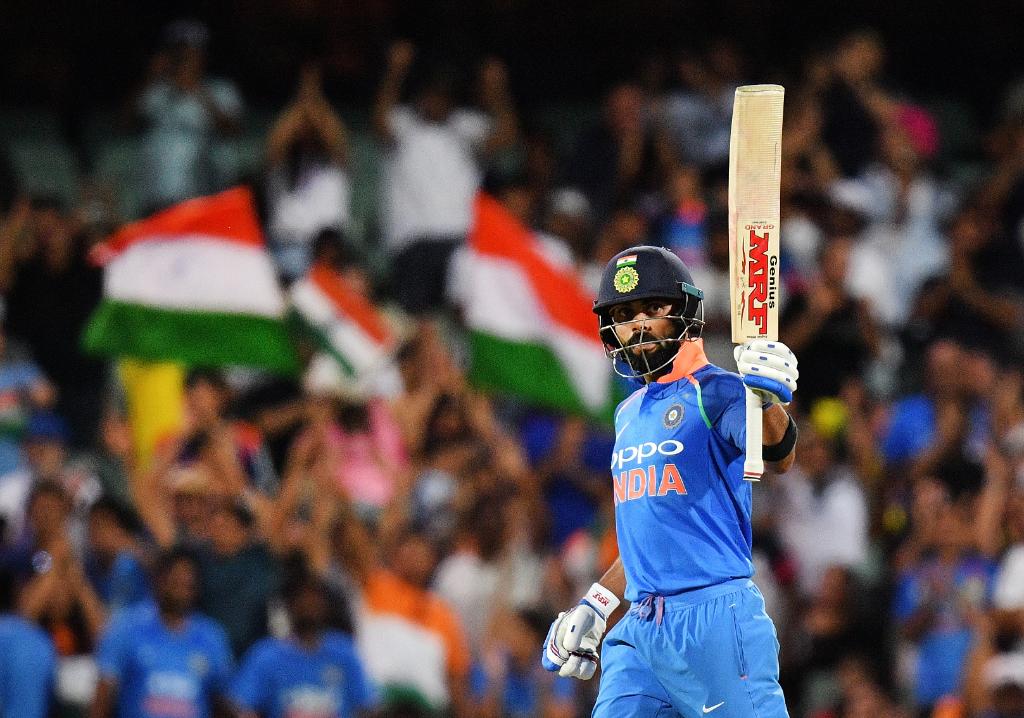 Chasing a competitive 299, the tourists banked on a collective batting effort from the top order, before a 82-run fourth wicket stand between Kohli (104) and Dhoni (55 not out) ensured the team's win with four balls to spare.

Earlier, the Aussies rode on the batting heroics of Shaun Marsh (131) and Glenn Maxwell (48) to post 298/9 even after the Indian pace duo of Bhuvneshwar Kumar and Mohammed Shami shared 7 wickets between them.