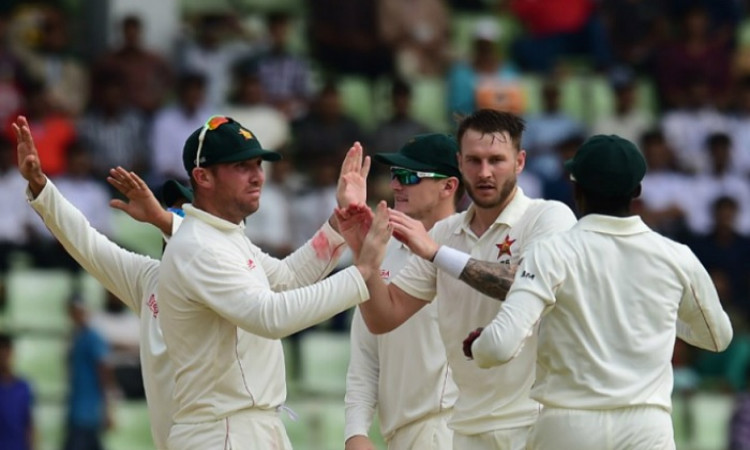 Harare, Jan 27:  Zimbabwe pacer Kyle Jarvis has been ruled out of the second and final Test against Sri Lanka due to a lower back injury he sustained during the first match.

According to a Zimbabwe Cricket media release, an MRI scan has revealed that Jarvis had suffered a disc bulge, which hampered his "back movements due to lower back pain, muscle spasms and stiffness".

A specialist doctor has advised Jarvis "rest while taking anti-inflammation medication and he will start physiotherapy as soon as the pain has subsided".

The right-arm fast pacer bowled 37 overs in the first innings against Sri Lanka, conceding 84 runs without picking up a wicket. He didn't bowl in the second innings, with Sri Lanka needing only 14 which they chased down in three overs.

Leg-spinning all-rounder Tinotenda Mutombodzi has been added in the squad for the Test match which begins Monday.

"Apart from Jarvis missing the game due to injury, we are likely to stick with the same team, giving the middle order another chance," convenor of selectors David Mutendera said. "The only addition to the squad is Mutombodzi, a good bowler whose batting ability will also be a massive boost for us."

Sri Lanka already have a 1-0 lead in the series after they won the first Test in Harare by 10 wickets.