Zimbabwe to host Ireland for 3 T20Is, 3 ODIs in April

Harare, March 6: Zimbabwe will host Ireland for six limited-overs internationals (three T20Is and as many ODIs) in April. The three T20Is will be played on April 2, 4 and 5, followed by three ODIs on April 8, 10 and 12. All the matches will be played at Bulawayo's Queens Sports Club. 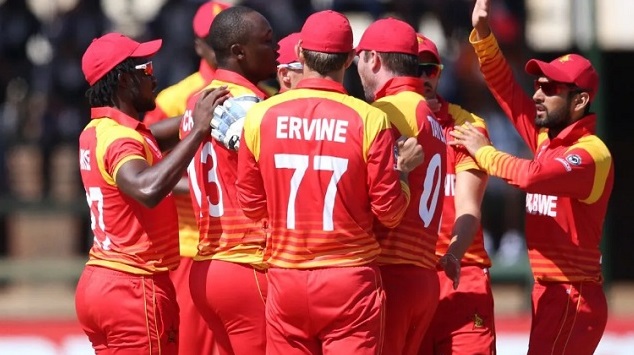 This will be Ireland's first visit to Zimbabwe since the unsuccessful 2018 World Cup Qualifier campaign, however the Men in Green will be in a positive frame of mind given their performances against Zimbabwe in Ireland last year when they comprehensively won the ODI series and tied the T20I series.

Cricket Ireland, meanwhile, is keeping a close watch on the spread of the coronavirus ahead of the tour. Ireland's women's team had recently called off a tour of Thailand over fears around the epidemic.

In a statement, a spokesperson for the Cricket Association of Thailand (CAT) said: "The women's quadrangular 50-over series that was scheduled to be played between Thailand, Ireland, Netherlands and Zimbabwe in Chiang Mai from 3rd to 11th April has been called off because of concerns over the impact of COVID-19 in Thailand and across the world."

"The competition had been arranged as a warm-up event for four teams who will be playing in the ICC Women's World Cup Qualifier in Sri Lanka in July but the CAT have taken the decision to cancel in the interests of player safety after ongoing discussions with the relevant medical authorities and the Sports Authority of Thailand."