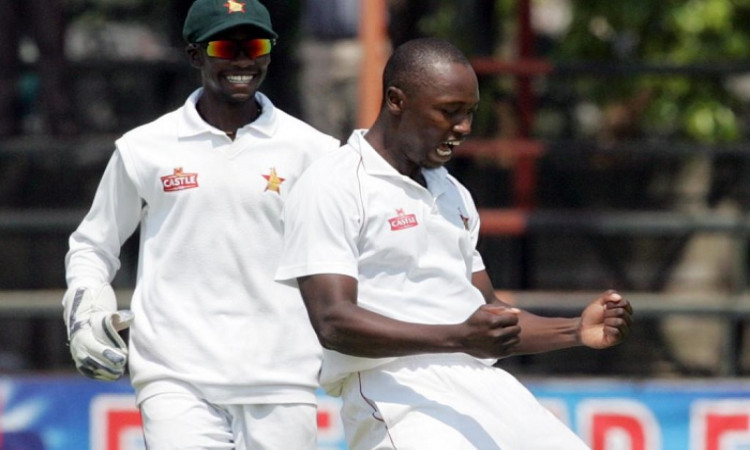 Harare, Jan 16:  Zimbabwe fast bowler Tendai Chatara has been ruled out of the upcoming two-Test series against Sri Lanka. According to icc-cricket.com, Chatara has failed to recover from the bicep injury, which he had sustained during a recent domestic match.

Opening batsmen Kevin Kasuza and Brian Mudzinganyama and left-arm spinner Ainsley Ndlovu are the other three uncapped players in the 15-member squad.

The 33-year-old Sean Williams, who has played 10 Tests scoring a total of 553 runs, will lead the hosts in the series. Williams has also scalped 17 wickets in the longest format of the game.

Zimbabwe had last played a Test in November 2018 when they toured Bangladesh. The country was banned from ICC events in July 2019 because of political interference but was readmitted by the global body three months later.

The first match of the series will begin on January 19 and the second on January 27. Both the matches will be played at the Harare Sports Club. Zimbabwe have never won a Test match against Sri Lanka, ever since the two teams first met in 1994/95.