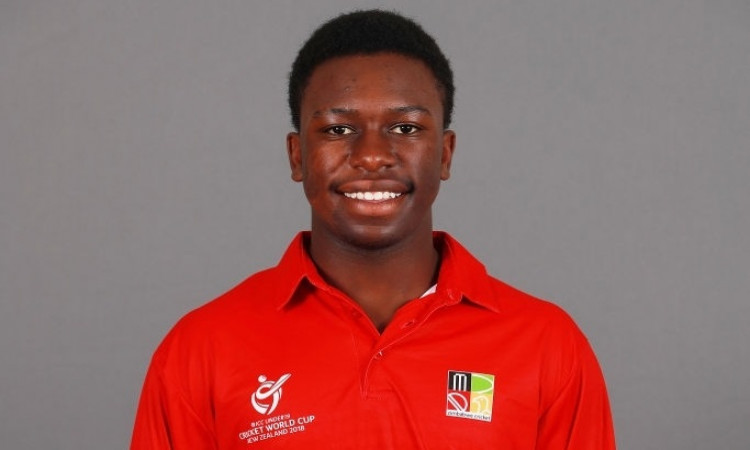 Harare, Dec 9: Zimbabwe have announced their 15-member squad for next year's Under-19 World Cup -- slated to be held from January 17, 2020 in South Africa -- in which they have named right-handed batsman Dion Myers as captain.

Myers will have Wesley Madheverer, who will be featuring in his third Under-19 World Cup after having debuted in the 2016 edition in Bangladesh at the age of 15, as his deputy.

Also Read: Suranga Lakmal out of Pakistan Test series due to dengue

Coached by former senior national team captain Prosper Utseya, Zimbabwe have also picked left-arm spinner Tadiwanashe Nyangani and Taurayi Tugwete. Left-arm spinner Milton Shumba, who was also part of Zimbabwe's squad in the previous edition of the tournament in New Zealand in 2018, has also been named in the squad.

Zimbabwe have been placed in Group C along side Bangladesh, Pakistan and Scotland. They will open their campaign against Bangladesh on January 18.

The top two teams from each of the four groups will advance to the Super League, while the remaining teams will feature in the Plate Championship.

The Super League stage will commence from January 28 and the top four sides will qualify for the semi-finals, with the winners competing for the title on February 9 in Benoni.