Zimbabwe Cricket are planning to take men's head coach Lalchand Rajput to Pakistan for their upcoming tour and for that they would be requesting the authorities in Islamabad to issue a visa for the former Indian batsman. 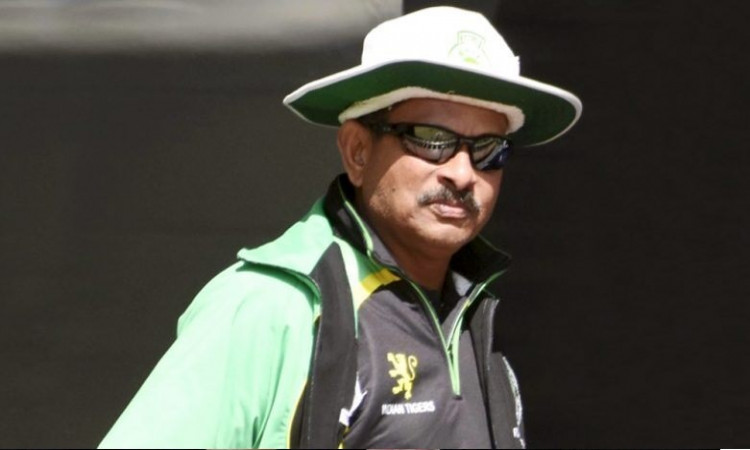 Zimbabwe are scheduled to tour Pakistan for three ODIs and as many T20Is. While the ODIs, part of ICC World Cup Super League, will be played on October 30, November 1 and 3 in Multan, the T20Is are scheduled for November 7, 8 and 10 in Rawalpindi.

Also Read: Deano Was Quite A Dear Friend Of Mine, Knew Him For About 35 years: Kapil Dev

"Lalchand Rajput is our coach and we are keen to send him with the team there (Pakistan). (We) will request the authorities there to facilitate his travel," Zimbabwe Cricket chairman Tavengwa Mukuhlani was quoted as saying by The Daily Observer Post.

The cricket board is holding a training camp for 25 provisional players -- who would be part of the tour -- at the Harare Sports Club which began on Tuesday.

Rajput, who is currently in India due to travel restrictions put in place amid the Covid-19 pandemic, said that he is waiting for the flights to resume from India to Harare.

"I have been told that flights may start from October 1. So I hope I can go after that and join the camp. I will get at least three weeks to work with the boys before we leave by October 20. We have already short-listed 25 players for the camp who are going through a rigorous training session," he said.

The bilateral relations between India and Pakistan have been on a downhill ever since the 26/11 terror attack in Mumbai in 2008.

India have not played a Test series in Pakistan for more than 14 years, and Pakistan have not visited India for almost eight years, though they have continued to face each other in the International Cricket Council (ICC) events.

Now it remains to be seen whether Pakistan would see Rajput purely as Zimbabwe coach or as an Indian national.