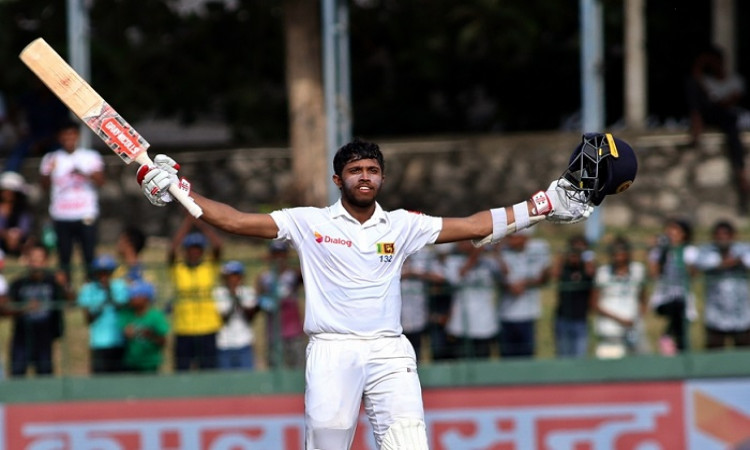 Harare, Jan 31:  A century from Kusal Mendis and defiant innings from Angelo Mathews and Dinesh Chandimal helped Sri Lanka secure a draw in their second Test against Zimbabwe on Friday. Sri Lanka ended their innings on 204/3 with Mendis unbeaten on 166 off 233 balls in Harare. They have thus won the two-match Test series 1-0.

Zimbabwe captain Sean Williams hit a six off the first ball of the day and declared immediately, thus ensuring that the heavy roller is used before the start of the Sri Lankan innings. Zimbabwe got their first wicket in the form of Sri Lankan skipper Dimuth Karunaratne in the 14th over.

Also Read: Have no choice but to adjust to no.6: Manish Pandey

However, the visitors prioritised occupying the crease for as long as possible which meant that it was nearly 25 overs later that they got their next wicket. The pair saw the visitors through to Lunch and two overs into the second session, Karunaratne's opening partner Oshada Fernando became Sikandar Raza's eighth wicket of the match, falling on 47 off 108 balls.

Mendis then found able company in Mathews first and then Dinesh Chandimal. Mathews and Mendis almost saw Sri Lanka through to Tea. Victor Nyauchi ended Mathews' vigil on 13 off 69 balls when the latter got caught at mid-on in the 62nd over.

In the third session, Mendis got to his sixth Test ton with the only six of the innings. The two sides kept at it until the end of the 87th over when they finally shook hands.