Zimbabwe needs 290 runs in 50 overs in the 3rd ODI to avoid a 3-0 clean sweep against India in the ODI series. 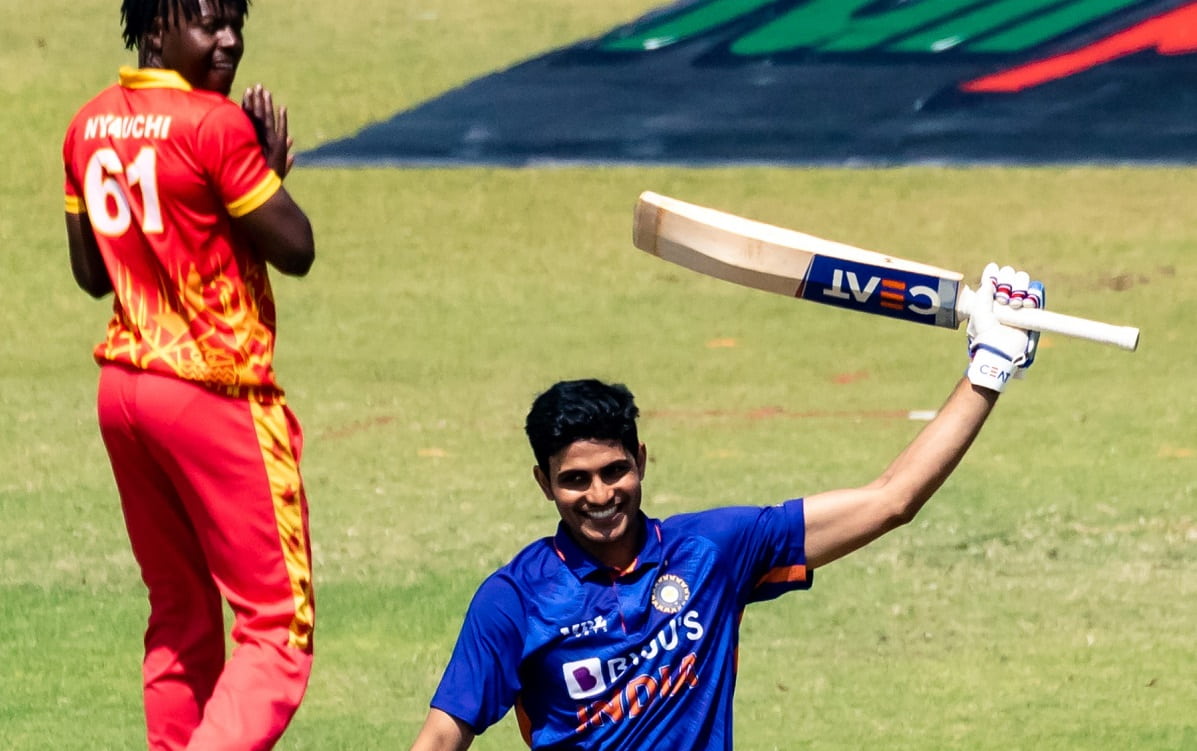 Youngster Shubman Gill scored a top-class century, his first in international cricket, to take India to 289/8 in their 50 overs in the third and final ODI against Zimbabwe at the Harare Sports Club on Monday.

After captain KL Rahul and his deputy Shikhar Dhawan put on 64 runs for the opening stand, Gill (130 off 97 balls, 15 fours and a six) and Ishan Kishan (50 off 64 balls, six fours) put on 140 for the third wicket before the latter was run-out to give India a good total on a used pitch.

For Zimbabwe, who had a couple of dropped catches, pacer Brad Evans took his maiden five-wicket haul in ODI cricket, with figures of 5-54. He changed his pace and varied his lines well as the hosts' pulled back in the last ten overs, picking six wickets while conceding 79 runs.

Right from his first boundary, an elegant straight drive down the ground with full face of the bat off Evans, Gill exhibited timing and placement in his shots which was the hallmark of his 97-ball stay at the crease. On a pitch where other batters took time to settle in, Gill was head and shoulders above everyone, something which was conveyed from his smile after reaching his first ODI hundred off 82 balls.

He regularly threaded through the gap at cover with his drives looking both solid and lovely. He even brought out the scoops, sweeps and his favourite short-arm jabs to be the standout batter for India in their innings. He was calm, composed and looked in absolute control to register the highest ODI score by an Indian batter in Zimbabwe, going past Sachin Tendulkar's unbeaten 127 in 1998 at Bulawayo.

Electing to bat first after opting to bowl twice in previous matches, Shikhar Dhawan feasted on erratic lines and lengths from Richard Ngarava and Victor Nyauchi, smashing four fours in the first nine overs and was dropped on 17 as well.

Stand-in captain KL Rahul was understandably cautious in the first ten overs before bringing out the backfoot punch and pulling over backward square leg for collecting a four and six respectively off Brad Evans.

Just when it looked that Rahul was set to go big, he chopped on to his stumps off Evans. Six overs later, Evans had another wicket when Dhawan chipped a leading edge to cover. Gill began his serene show and some effect of it rubbed on Kishan, who regularly cleared the leg-side boundaries with ease to get his second ODI fifty.

The duo brought up their 50-run partnership off 62 deliveries and reached their century stand off just 101 balls. Just when it looked like India would get 300, Kishan was run-out and Deepak Hooda fell in quick succession. Post reaching his century, Gill and Sanju Samson hit some huge boundaries before the latter picked out deep square leg to perfection.

With Axar Patel falling cheaply, Gill hit two more fours to up the scoring rate. But in order to loft off Evans, his bottom hand took off and was caught at long off. Evans completed his maiden five-for in ODIs when he deceived Shardul Thakur with a slower ball and had him caught at cover as 33 runs came off the last four overs.