Zak Crawley Is Next Big Thing In World Cricket, Hope To See Him In All Format: Sourav Ganguly

AUG 23, NEW DELHI: The 22-year-old Zak Crawley scored a potentially career-defining 267 in the first innings of England's third Test against Pakistan at the Ageas Bowl. 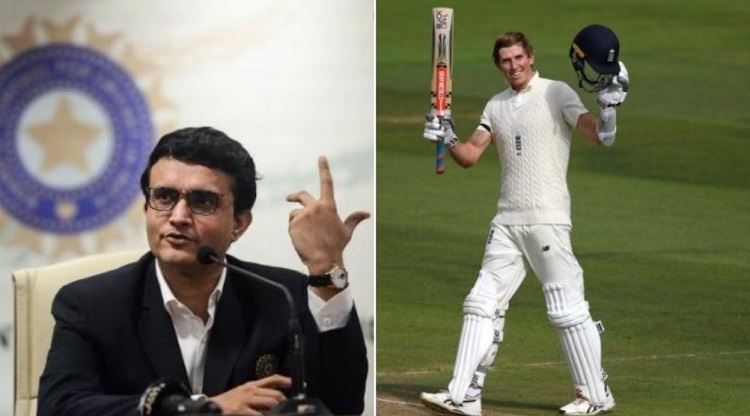 He batted for nearly five full sessions as his epic 359-run stand with Jos Buttler put the hosts on course to sealing a first series win at home to Pakistan since 2010.

Crawley's innings earned him a number of admirers, one of which was former India captain and current Board of Control for Cricket in India President Sourav Ganguly.

"England have found a very good No. 3 in Crawley," Ganguly tweeted during the innings.

"Looks a class player... hope to see him in all formats regularly."

Buttler and Crawley's stand was the joint sixth highest partnership of all time for England in Test cricket.

Crawley's score is the second highest maiden Test ton by an England batsman in Test cricket and Karun Nair's 303 not out is the only higher maiden century in the last 25 years.

He is also the third youngest England batsman to score a double hundred, only behind batting greats Len Hutton and David Gower.

Crawley's 267 is also the second highest score by an England number three batsman, only behind the legendary Wally Hammond who scored 336 against New Zealand all the way back in 1933.