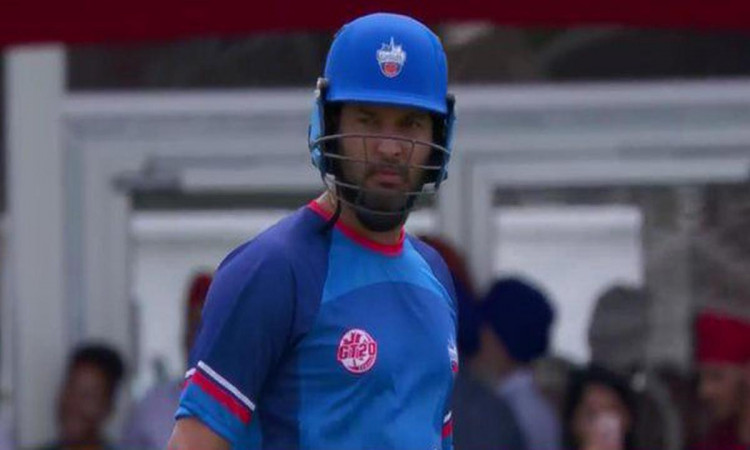 Ontario (Canada), July 26: Former India all-rounder Yuvraj Singh had an unforgettable debut at the Global T20 League.Yuvraj, who was playing his first match after retirement on Thursday, struggled with lower back pain before being dismissed in bizarre fashion in a match between Toronto Nationals and Vancouver Knights.

The stylish left-hander, leading Toronto Nationals, scored just 14 runs off 27 balls as he looked in discomfort due to his back during the course of his innings. While his inning was no where compared to the typical Yuvraj inning which one usually associates with him, the manner in which he got out was even stranger.

Also Read: Biomechanical lab in Pakistan gets accreditation from ICC

In trying to up the ante, the 37-year-old attempted a slog off medium-pacer Rizwan Cheema. However, the ball took his outside edge and went to the wicketkeeper, who could not hold on to the catch.

The ball deflected off the keeper's gloves and hit the stumps. Yuvraj walked off thinking he was out -- stumped but his leg was well inside. However, replays showed that at the moment when the ball struck the bails, Yuvraj's feet were well inside his crease and it was only afterwards that his feet left the crease. However, the square leg umpire had raised his finger.