Yuvraj Singh still has it, will bring in the crowds: Ben Cutting 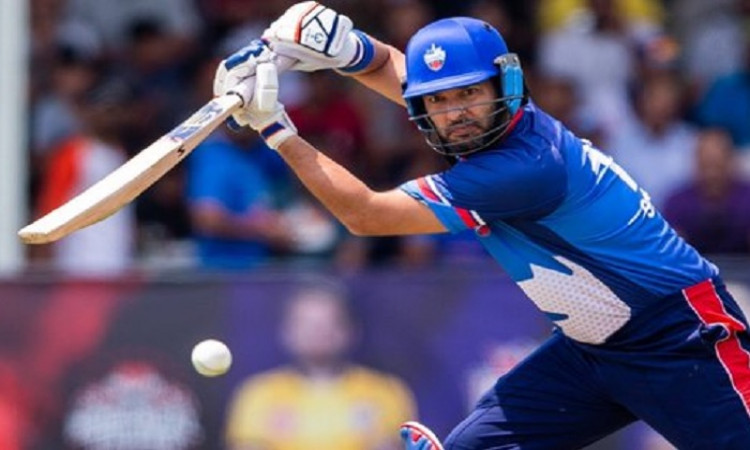 Kolkata, Nov 1: Yuvraj Singh is still a crowd puller and has the fire in his belly to score a lot of runs, feels Australian allrounder Ben Cutting as the duo get set to take part in the third edition of the Abu Dhabi T10 League which gets underway from November 15.

India's 2011 World Cup hero Yuvraj has been roped in by Maratha Arabians this season. Cutting, who will be plying his trade for Deccan Gladiators, feels Yuvraj's addition will give the league a boost in terms of drawing crowds to the stands as he can still do wonders at this level.

"It's exciting to have Yuvraj Singh. He has done wonders for the world of T20 and one day cricket. Now he is playing in the foreign circuit which not many other Indian players have done. So he is certainly going to bring some crowds through the gates," Cutting told IANS in an interview.

"We saw what he could do in Canada in that tournament (Global T20 Canada). He has still got it regardless of his age. As long as he is enjoying, people will come and watch him," said the 32-year-old who is in his second season at the Abu Dhabi T10 meet.

The Board of Control for Cricket in India (BCCI) had handed Yuvraj a No-Objection Certificate to participate in the Global T20 Canada which was a one-off under the Committee of Administrators' (CoA)'s watch. Usually, Indian cricketers are now allowed to play in any league outside of the country.

Asked if he would like more Indian players to follow Yuvraj's footsteps, Cutting said: "That's probably more of a question for Yuvi. I know it is tough for the Indian players to get their NOC signed by the Indian board to play in the other leagues. That all makes sense, that's fair enough. I think like Yuvi, who has come at the back end of their careers, probably more of them are going to do that."

On the T10 format, he said while it's tough for the bowlers as they always look to defend runs and not take wickets, it is their efforts that win you games.

"It is very challenging for the bowler. You know you are not there to take wickets. The spectators want to see boundaries hit and sixes hit, not wickets cartwheeling. So as a bowler you just look to minimise the damage. The teams that bowls the best will win, that's how it works. But the entertainment comes from the batting.

"It's very much a defensive attitude in T10. The team that will defend well with the ball will win the game. You need to take wickets but you don't need to bowl out a team to win the game like in T20 cricket," said Cutting who has played four ODIs and seven T20s for Australia.

Cutting, who is a remarkable hitter of pace with a strike-rate of 166.5 against seamers around the world over the last three years, said he is looking forward to scoring more runs for his side Deccan Gladiators this term. The Gladiators are led by Shane Watson and have the likes of West Indies limited overs captain Kieron Pollard and English pacer Tymal Mills in their ranks.

"I just want to score as many runs for Deccan Gladiators. We were Team Sindhis last year, a different team and owner. I am excited to meet the guys and play well for Deccan."

Cutting also spoke on David Warner and Steve Smith, saying he hopes the decorated duo take to T10 cricket at the backend of their careers.

"We all know what he (Warner) can do. We saw that in the IPL as well. He missed out on the Ashes. Steve Smith scored a lot of runs. They are two class players, they will ebb and flow in their form but they will score runs for you if you keep sticking with them. I hope to see those guys playing T10 towards the back end of their careers. It wouldn't surprise me," he concluded.