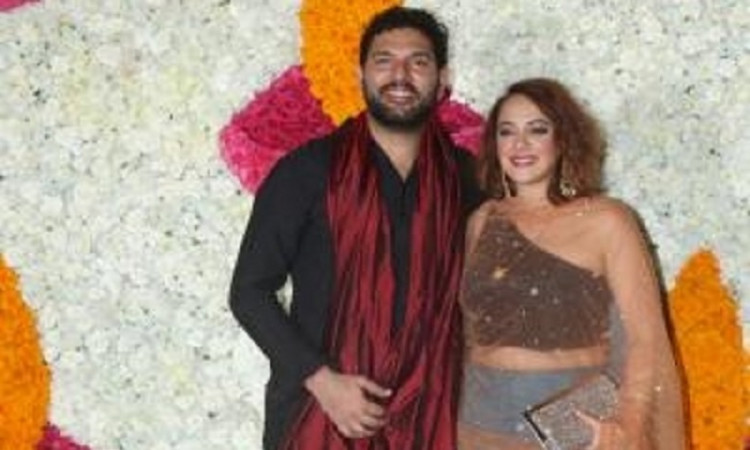 Chandigarh, Dec 1: Yuvraj Singh and Hazel Keech are celebrating their third wedding anniversary and the former India cricketer took to social media to share an adorable picture of the duo.

Yuvraj took to Instagram to share the picture with his wife and wrote: "Mubarak ho biwi! We made it to 3 years. feels like 30! Happy anniversary my love @hazelkeechofficial."

Yuvraj and Hazel tied knot on November 30, 2016, near Chandigarh, as per Sikh rituals and later had a destination wedding in Goa where celebrities from the sports fraternity attended the auspicious occasion.

On June 10, 2019, Yuvraj announced his retirement from international cricket.

Mubarak ho biwi ! We made it to 3 years