Yuvraj Singh, one of the greatest white ball cricketers India has ever produced, shared a post on his Instagram account which is going viral among the fans very swiftly. The context of this meme is poor performance by the Indian middle order in the recently concluded T20 World Cup Super 12 stage.

The legendary southpaw from Punjab shared a meme in which we can see Virat Kohli & Anushka Sharma beside each other. The Indian skipper's wife in the meme is shown thinking that Virat might be thinking about other girls, while we can see the Skipper thinking 'India's middle-order would've been strong if Yuvi was still playing.' 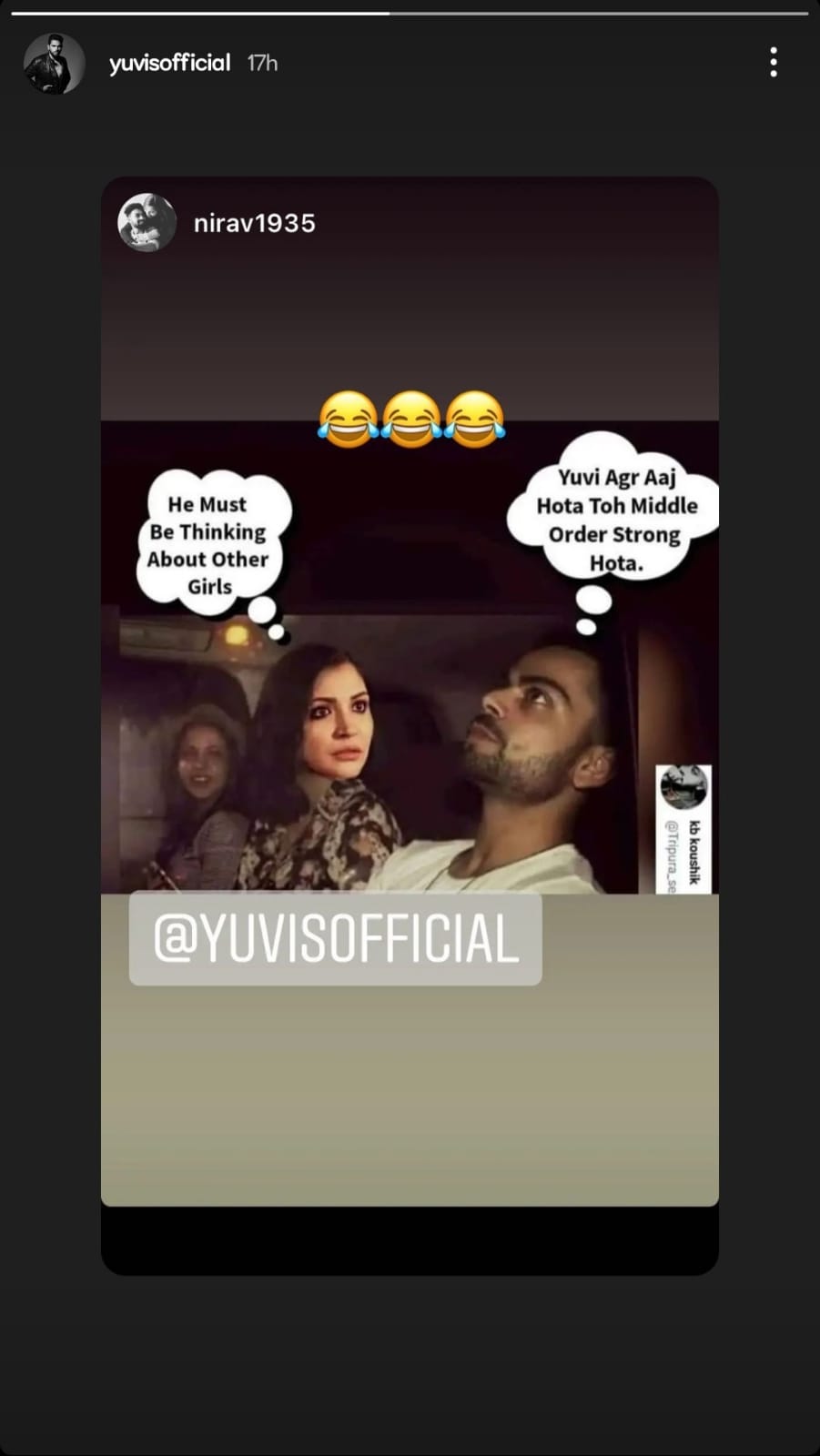 Yuvraj shared this meme with 3 laughing emojis, portraying that if Yuvi wasn't retried and was still playing, the Indian middle-order would've been stronger. The left-handed all-rounder has played 58 T20I matches for India.

Meanwhile, India crashed out of the ongoing T20 World Cup in the group stages only, after conceding 2 losses - against Pakistan & New Zealand in 5 matches. The batting unit was disappointed in both the matches. Against Pakistan, Virat Kohli was the lone warrior with a half-century while against New Zealand, the team bundled out on 110. However, Australia are set to meet New Zealand in the ICC T20 World Cup 2021 Finals in Dubai on Sunday (November 14.)