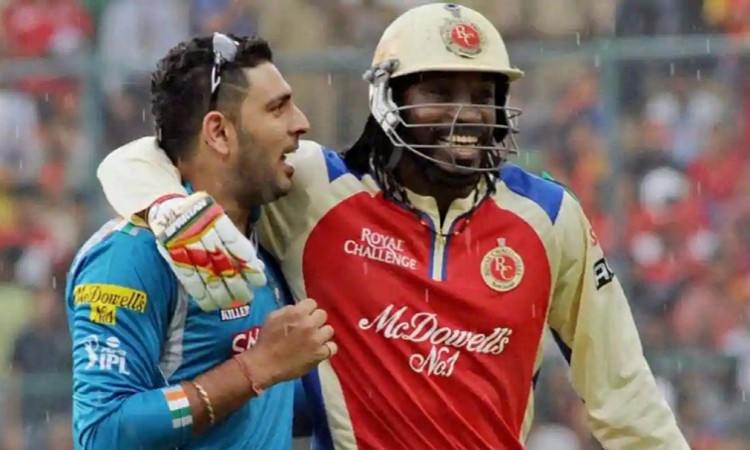 The West Indian batsman was asked several questions during the interaction.

During the session, Gayle was asked a "tough question” in which he had to choose the better bowler between him and Yuvraj Singh. The Jamaican jokingly taunted, "Seriously, is Yuvi a bowler? Yuvraj, are you a bowler?”

Later, Chris Gayle remembered an interesting incident when the star Indian all-rounder refused to bowl against him. During the IPL 2013 match against Pune Warriors India, was smashing bowlers all around the park. Captain Aaron Finch asked Yuvraj Singh to bowl an over but he refused.

Gayle then answered that he is the better bowler among the two.

"So Chris Gayle is a better bowler. Chris Gayle would have taken up the challenge against any batter. And I would've got that batter out."
The swashbuckling West Indian batsman will be playing for Kings XI Punjab in the upcoming IPL season under the captaincy of KL Rahul. KXIP will be facing Delhi Capitals in their opening game on 20th September 2020.