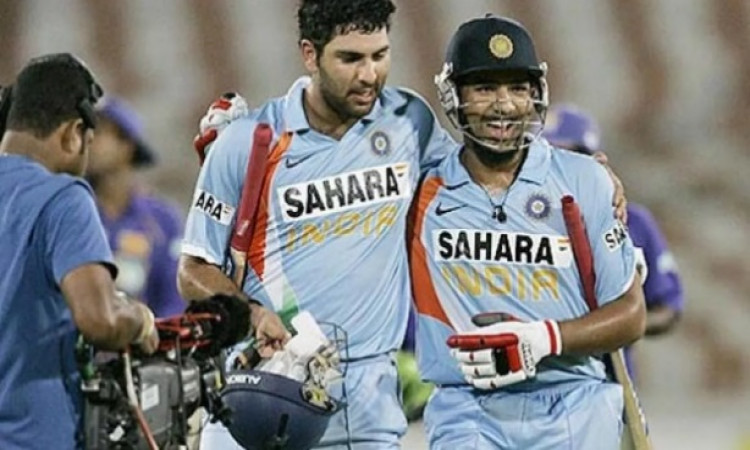 Taking to social media after Yuvraj announced his retirement, Rohit said: "You don't know what you got till it's gone. Love you brotherman. You deserved a better send off."

On Monday, the stylish southpaw announced his retirement, saying "it's time to move on".

"Only if I could articulate what cricket has done for me, to me! But let me tell you this, cricket has given me everything I have and it is the reason why I sit here today," Yuvraj said in a press conference in Mumbai.

The 37-year-old, who played a crucial part in India's successful campaigns at the 2007 World T20 and the 2011 World Cup, is among the Indian greats who did not get a farewell game after contemporaries Virender Sehwag, Rahul Dravid, VVS Laxman and Gautam Gambhir.

He also revealed that the BCCI had promised him a farewell game provided he failed the 'Yo Yo' fitness test. However, he passed it and therefore, the swansong never happened.

Unlike many, the Punjab lad won't be a part of the Indian Premier League (IPL) post his retirement from all forms of the game, saying he is now open to playing outside the country, in other T20 leagues.