Kings XI Punjab captain has come under fire for his captaincy during this IPL season. KXIP, on Thursday, lost their third match of this season and second consecutive game. 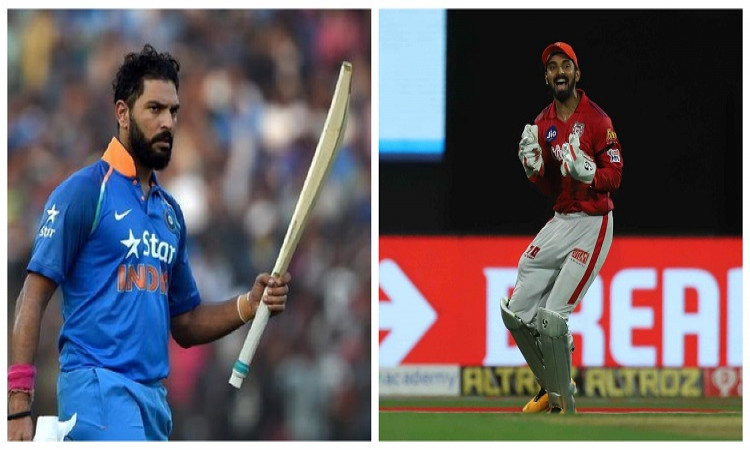 Since the past two games, the Punjab skipper is being criticized for some of his decisions on the field. Earlier this week, KXIP failed to defend 223 runs against Rajasthan Royals, and yesterday they failed to chase the 192 run target set by Mumbai.

Kings XI was in a dominating position and contained Mumbai Indians' batsmen for most of the first innings. After being 124 for 4 in 16 overs, MI Batsmen, Kieron Pollard and Hardik Pandya broke loose and scored 67 runs off the last 23 balls. This carnage also included four sixes in the last over which was bowled by off-spinner Krishnappa Gowtham.

The cricket fraternity criticized this move of bringing an off-spinner against two in-form batsmen in the last over.

Former Indian cricketer Yuvraj Singh has come in support of under-fire KL Rahul. The all-rounder took to his twitter and said that Mumbai Indians were the better team among the two but also supported KL Rahul. Yuvraj said that the flak Rahul is getting is a bit unfair and people should look for the positives as well.

Tough game for @lionsdenkxip last night as @mipaltan were the better team on the day But @klrahul11 getting bit of a flack for bowling an offie in last over I feel is a bit unfair ,We all make mistakes and as a new skip we should all look at the positives that he has brought on