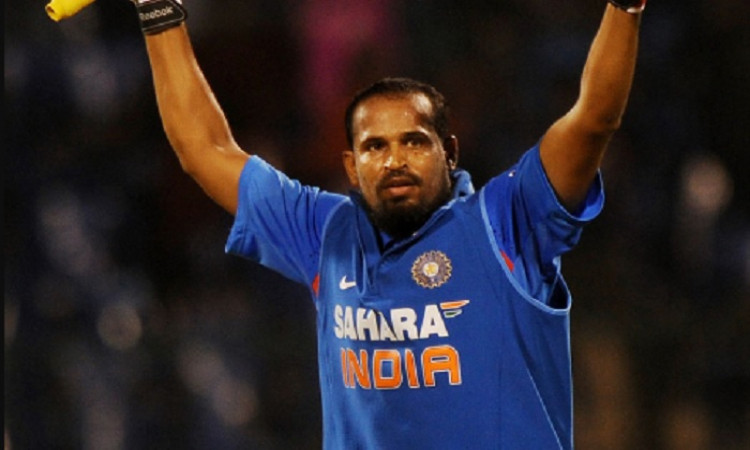 New Delhi, April 30: Only Shane Warne could have captained a team with as limited resources as Rajasthan Royals had in the inaugural season of the Indian Premier League and then go on to win the title, according to all-rounder Yusuf Pathan.

Yusuf was one of the few star names in an unheralded Royals side in the 2008 season that was captained by Warne, who had called time on his illustrious international career a year before.

Also Read: Jamaica Tallawahs 'weirdest' franchise I have ever played with: Andre Russell

"I played for three years under Shane Warne in IPL. There are many memories with him. He used to guide us how to dismiss batsmen well before the game and we used to implement them and batsmen used to get out in a similar fashion," Yusuf Pathan told Crictracker.

Pathan said that Warne's talismanic leadership is what helped RR win the title that season.

"Unfortunately, I couldn't play for more than three years under him. Without any big players, he took our team to the final and won the title in the inaugural edition, there were many domestic players and less international stars during that time in RR. Only a captain like him can win the title with a few resources around," he said.

RR beat Chennai Super Kings by three wickets in the final to lift the trophy. Pathan was Man of the Match for his all-round performance while RR's Pakistan fast bowler Sohail Tanveer was the highest wicket-taker that season. All-rounder Shane Watson was declared the best player of the tournament.

Asked to use one word or one-liners to describe some cricketers, Yusuf used the term God of cricket for Sachin Tendulkar while calling M.S. Dhoni clever and Yuvraj Singh a rockstar.