Youngsters were under pressure, did well against world-class side: Quinton de Kock 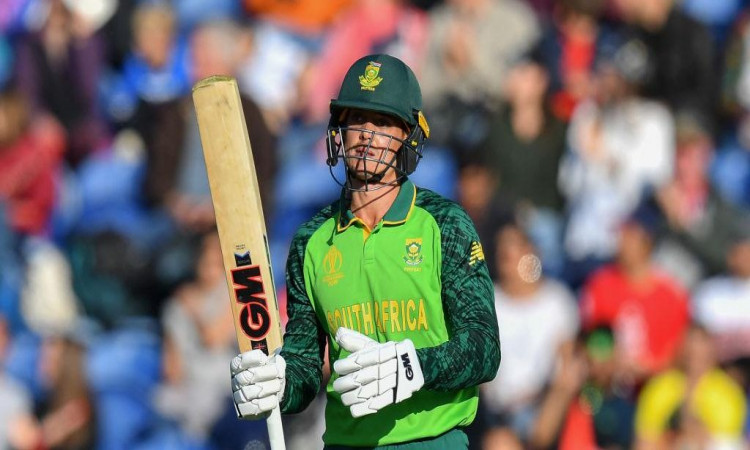 Mohali, Sep 19:  South Africa skipper Quinton de Kock heaped praise on his youngsters and backed them to do well in the third match as they lost to India by seven wickets in the secon T20 international here on Wednesday.

Asked to bat first, South Africa rode new captain de Kock's 52 and Temba Bavuma's 49 to post a modest 149/5 in 20 overs. In reply, India skipper Virat Kohli slammed 72 not out to take the hosts home with ease. South Africa played three debutants in Anrich Nortje and Bjorn Fortuin besides Bavuma as they looked to rebuild a team which suffered a disastrous World Cup where they crashed out in the league stage.

"We got off to a good start and towards the end they bowled pretty well and they assessed the conditions better than we did," de Kock said after the match.

"There was a lot of pressure on some of the new guys and I think they did pretty well against this world-class opposition. South Africa depended a lot on star pacer Kagiso Rabada to get the wickets but he went wicketless and leaked 24 runs in three overs."

Kagiso Rabada upfront tried to pick up wickets and unfortunately, with pace on the ball it looked easier to bat on and pace off the ball seemed to be the better option on this wicket.

"I was quite hungry to get out there and hopefully next time we do better than what we did today with the bat," added the visiting captain. The two sides next meet in the final T20 encounter at Bengaluru on Sunday. The first match was washed out in Dharamsala.