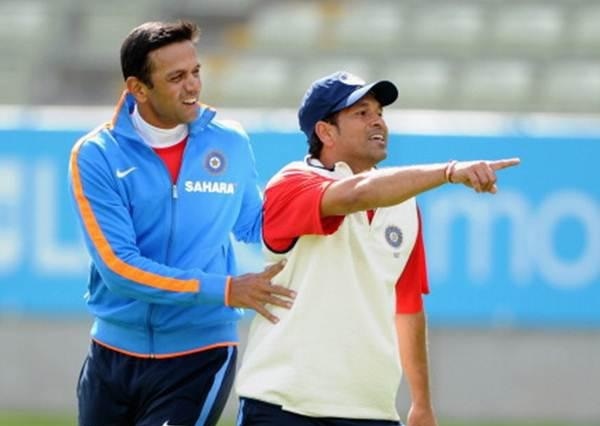 "Happy Birthday Jammy! The way you batted always created huge jams for the bowlers. Have a great one my friend," Tendulkar tweeted.


We had it all when we had 'The Wall': Rahul Dravid turns 47

The duo have scored more partnership runs and have been involved in more hundred run stands than any other batting pair -- 6,920 runs with 20 century stands -- both are world records.

Dravid, popularly known as 'The Wall', played 164 Tests, 334 ODIs and one T20I in an illustrious career which spanned for over 16 years. He holds the record for facing the maximum deliveries in Test cricket. He faced a total of 31,258 balls, almost 3,000 deliveries more than Tendulkar in Test cricket.

He has also spent 44,152 minutes at the crease in Tests which equals to almost 736 hours, the most by any Test cricketer.

Widely regarded for his batting prowess in the Test format where he scored 13,288 runs at a staggering average of 52.31 including 36 hundreds, Dravid was also an impeccable white-ball player as he accumulated 10,889 runs in 334 ODIs at an average of 39.16, including 12 centuries.