Ex-Australia speedster Brett Lee has paid a rich tribute to Dean Jones, saying the former batsman was always a winner. On Thursday afternoon, Jones -- who was part of the Star Sports commentary panel for the 13th Indian Premier League (IPL) edition being held in the United Arab Emirates (UAE) -- died in a Mumbai hotel after suffering a cardiac arrest. 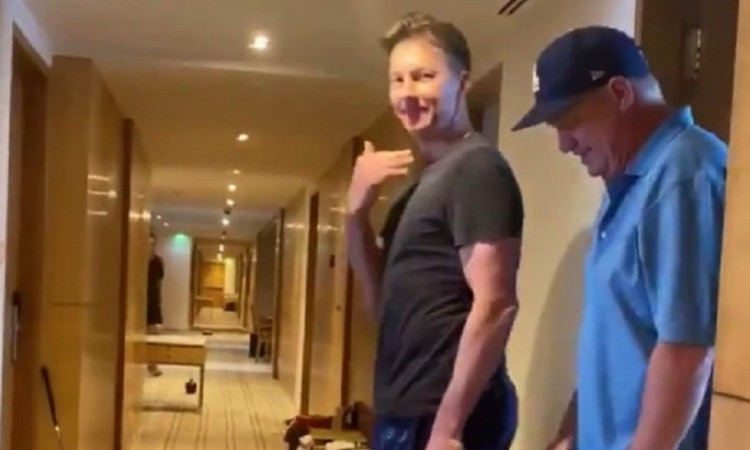 "I love this video of Dean Jones. Absolutely sums up who he was a person. Deano, myself and Scott Styris trying to keep busy a few days ago in lockdown. Life isn't fair sometimes. You always were a winner Deano. Miss you," Lee wrote on Friday along with a video he shared on Twitter in which he, Jones and Styris are seen playing golf in the hotel lobby.

According to reports, when Jones collapsed in the lobby of the hotel after suffering the cardiac arrest, Lee desperately tried to revive him.

"Daily Mail Australia understands Jones collapsed in the lobby of the hotel as he entered with former fast bowler Brett Lee, who desperately tried to revive him with CPR," wrote the newspaper on its website.

I love this video of @ProfDeano
Absolutely sums up who he was a person. Deano myself and @scottbstyris trying to keep busy a few days ago in lockdown. Life isn’t fair sometimes. You always were a winner DeanoMiss you pic.twitter.com/1uARqKhsel